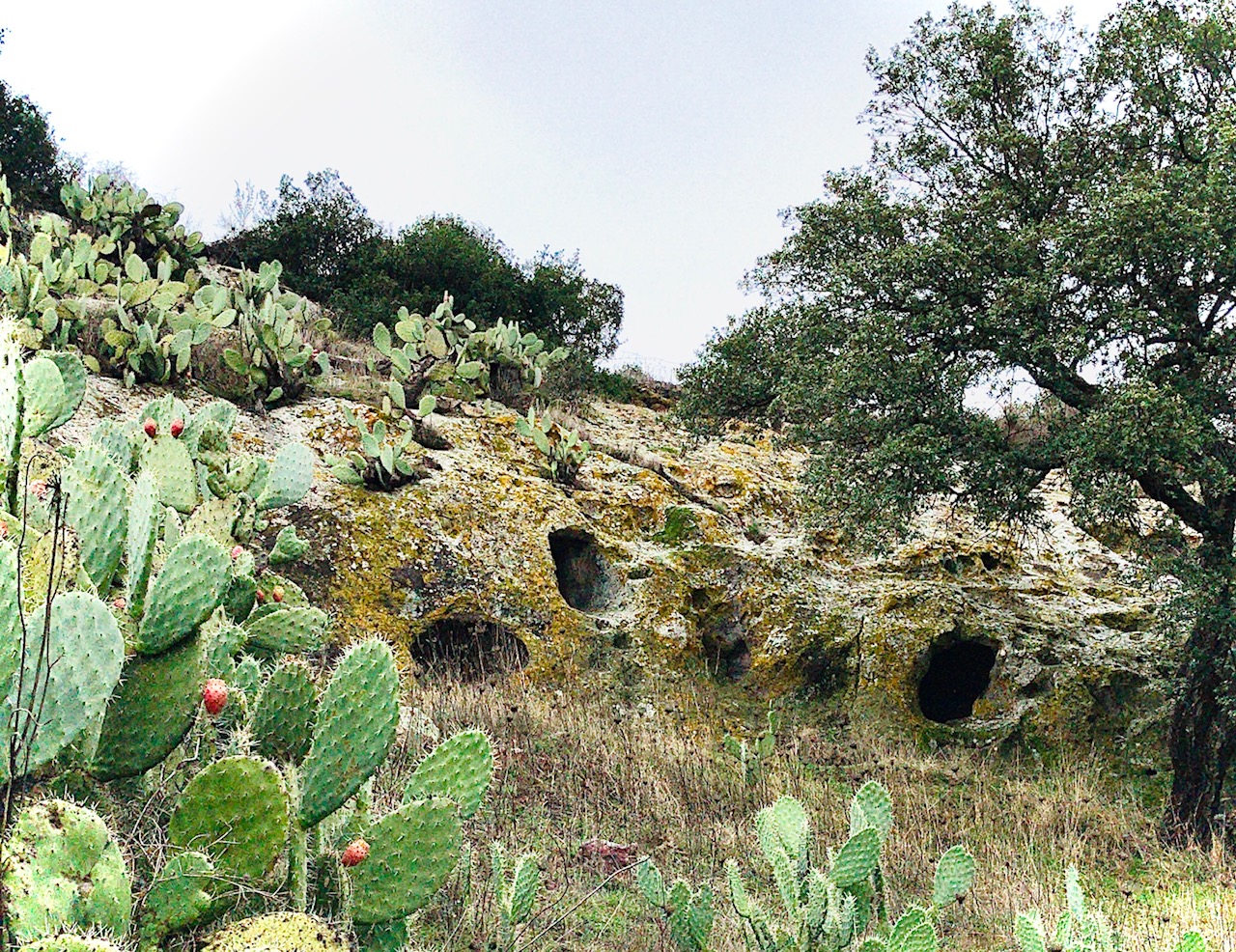 The magic of Sardinia, which has always been magnified by its inhabitants, results from a combination of factors.

But let us see their mysterious peculiarities.

Among the numerous esoteric legends, the Mother Goddess worship stands out, confirmed by the many statuettes that reveal how in Sardinia a feminine deity was honored. Elaborated hairstyles, important breasts and wide hips, fertility indexes. It was a deity that was reproducing by parthenogenesis, "born by itself", without masculine intervention. Her power was everywhere, in the stones and in the water, in the animals and in the flowers. Her breasts sang the life she was giving. She awakened the earth after the winter to offer her products to men, eased the productivity of the animals. She was life, death and rebirth.

Legend has it that Medusa was the daughter of Forco, king of Sardinia. In 253 BC she inherited the kingdom for 28 years, until she was killed by Perseus who decapitated her. Had Perseus not sought the gorgon Medusa in the Western seas where Sardinia was? The Sardinian Medusa was known to be the most beautiful woman on the island, warrior, intelligent and devoted to magic. Even in the Greek mythology Medusa was a woman with the same virtues, to invent Poseidon, god of the Sea (and Sardinia was and is a pearl of the sea).

Even the beautiful Nuragic Complex Of Santa Cristina In Paulilatino with the eponymous well temple has its own myth. The well is one of the most beautiful examples of Sardinian architecture, and is astronomically aligned with the moon. The scholar Arnold Lebeuf in his work "The well of Santa Cristina, a lunar observatory", says "Every 18 years and six months the moon is mirrored on the bottom of the well, this means that this civilization had a capacity to understand the lunar cycle" hypothesizing that it was a real astronomical observatory. The construction of the well could be dated around the XI century BC and its perfect realization has come to suggest that it was made with the aid of an alien technology ...

Another fascinating mystery is found in Sinis Cabras (OR): The Giants Of Mont'e Prama, thirty titanic stone statues, high between 2 and 2.60 meters, dating at least 2700 years ago. They are warriors, archers and combatants, perhaps custodians of a tomb. But they have two overlapping circles that mark the eyes while the mouth is marked by a crack. The hairstyle is made of braids and the clothes look coming from far away. They are in sandstone, standing upright with arms folded to hold weapons or shields.

Cagliari, the regional capital of Sardinia, is also subject to many legends about its origins. It was founded by populations, The Shardana: Warriors Of Sardinia, coming from the southern shores of the Mediterranean more than a thousand years before Christ. In Cagliari, in the Stampace district, there is a place, so the legend says, in which it seems that the sick can heal in a prodigious way. It is the cave where Santa Restituta, mother of Sant'Eusebio bishop of Vercelli, was tied up and barbarously killed during the persecutions of Diocletian. Following the martyrdom of the saint, the cave became a place of healing at the time of smallpox epidemics.

“With its very natural air the supernatural surrounds us.”  (Jules Supervielle)