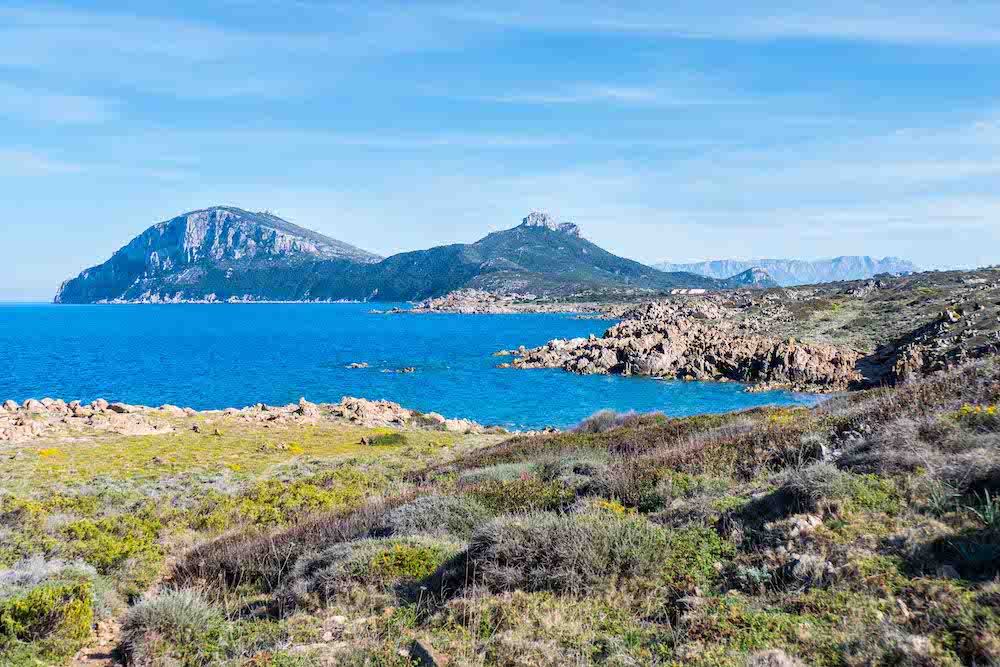 A few years ago, I had read the name of a contest "La Macchia nel Piatto", that translates into "The Scub on the plate", which aimed to enhance the use of Mediterranean scrub leaves and fruits, rich in scents with varied nuances to add on taste upon a personal interpretation. I liked the idea very much and so today I wish to use it the title of today's blog article. Would you like to join me and discover how scrub leaves and fruits can be used in the kitchen?

“...a shrub, which carries the Mediterranean gene. Close your eyes, inhale and find the sea summer flavour: the dry heat, the thirsty earth, clay and sand..." (Licia Granello)

In the photo: hiking trail in Golfo Aranci peninsula