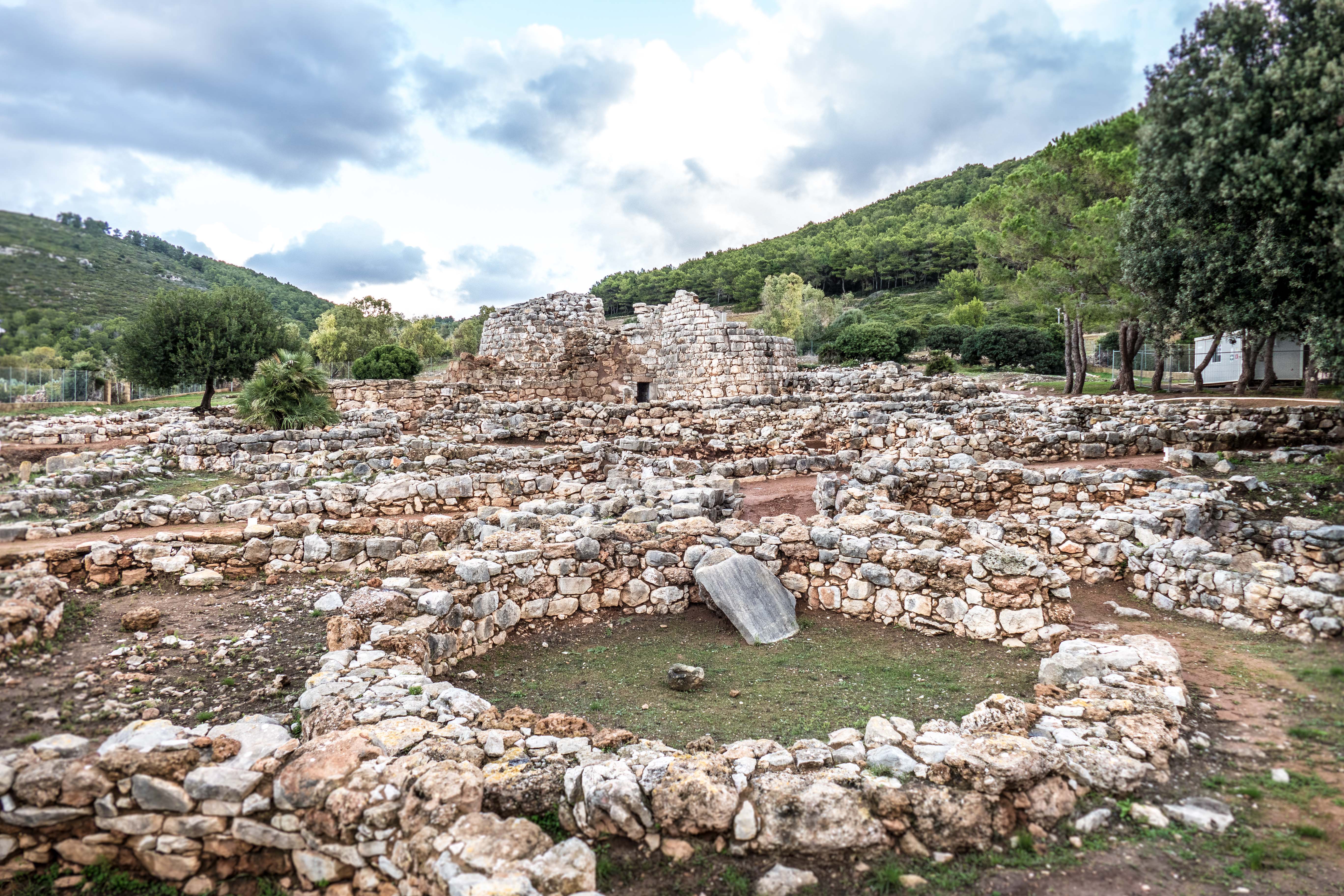 Some Nuragic villages arise isolated, while others are connected to by fence walls enclosing the huts. The Nuragic populations often lived in villages leaning against the main towers. They were mostly simple huts sets with a roof of trunks and branches, plastered inside with mud or clay, and sometimes insulated with cork. In the last phase of the Nuragic civilization, were developed sector huts overlooking a courtyard often equipped with a bread oven. Characteristic are the meeting huts, with a stone seat all around, probably for the assemblies of the village authorities.

“What remains on earth when time has sieved life? The fragments remain, the ruins. If the ancient survives through the ruins, being nature's work of art, and throughout the finds, archaeology is perhaps the supreme moment, the kairos, of immortality.” (Flaminia Cruciani)