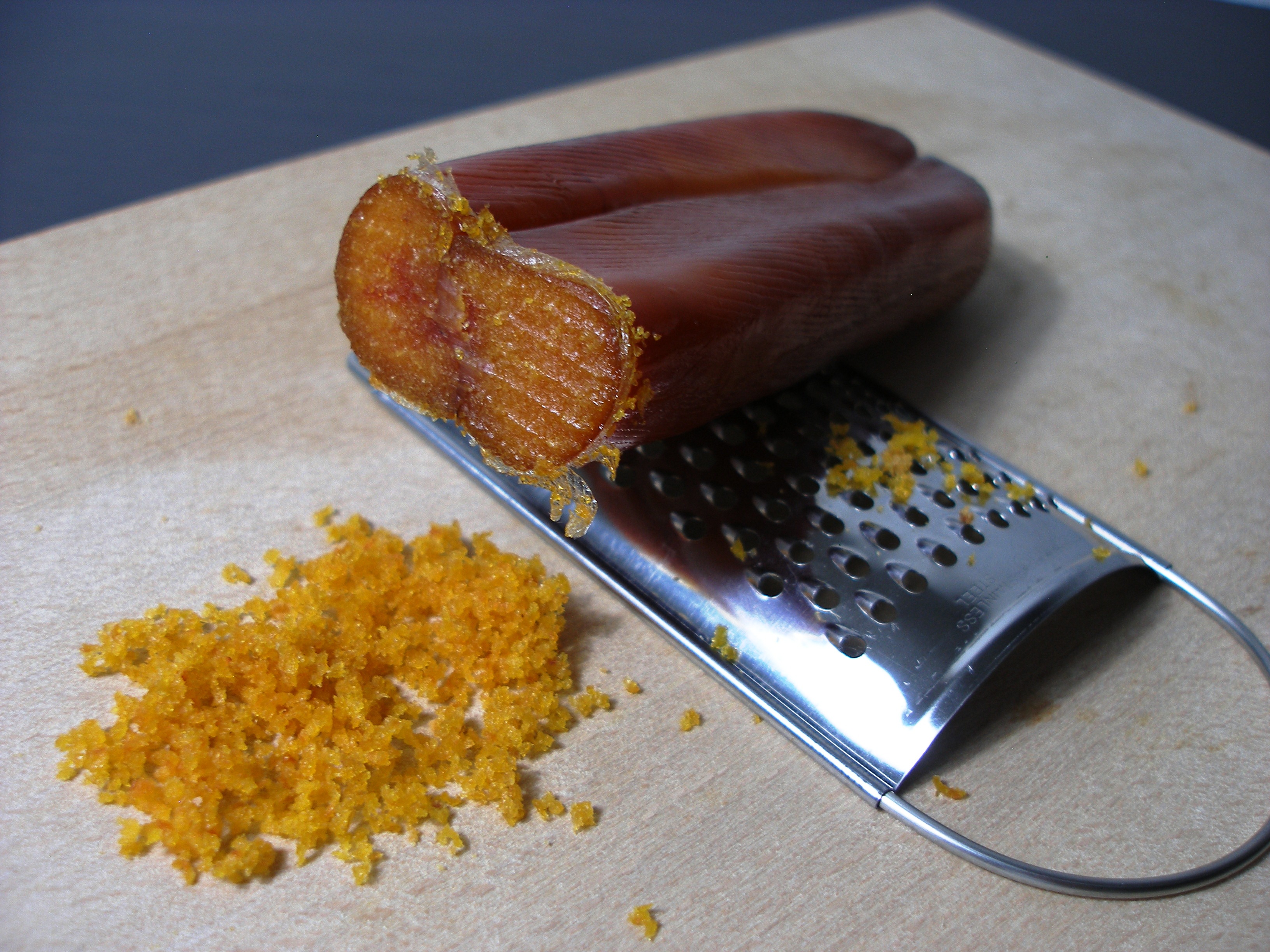 Its flavour and its scent immediately lead us to Sardinia, to the crystal blue sea and to the warm golden beaches. On these shores, the Phoenicians almost three thousand years ago and widespread in the Mediterranean by the Arabs later, taught to salt and season the fish eggs to scent and season other foods. Mullet (the most valued), tuna or swordfish eggs, salted, pressed and then dried up for a few months. A very ancient technique.

It seems that the word "bottarga" comes from the Arabic butarikh - salted fish eggs. In the Sardinian language, the bottarga is called butàriga, maintaining a correspondence with the Arabic term. The bottarga was a poor dish, it was part of the Sardinian fishermen’s meal, who spent the day at sea and extracted the ovarian sac (gonad) from the female fish, without breaking it. After having cleaned and salted it, they kept it pressed and aged it for a few months. The preparation is the same used today with the only difference that it has become a prestigious product, a central character of the world's haute cuisine.

This Sardinian “golden caviar” is used as a condiment of first pasta courses like the Sardinian Fregula Pasta, or, to enjoy the infinitesimal portions of its flavour, with an extra virgin olive oil on a crouton. Its flavour is so strong and unique that it triumphs over the finest palates! The sac of roe, amber-coloured if from mullet and dark pink-coloured if from tuna, similar to two bars of caramelized sugar but with a salty, sour and bitterish taste, must be savoured as natural as possible, without alteration, in order to be able to capture the strong and delicious flavour.

"I do not remember having eaten anything more exquisite", says Bartolomeo Platina referring to the bottarga in "On honourable pleasure and health" his first printed cookbook, a monument of medieval cuisine in Renaissance.