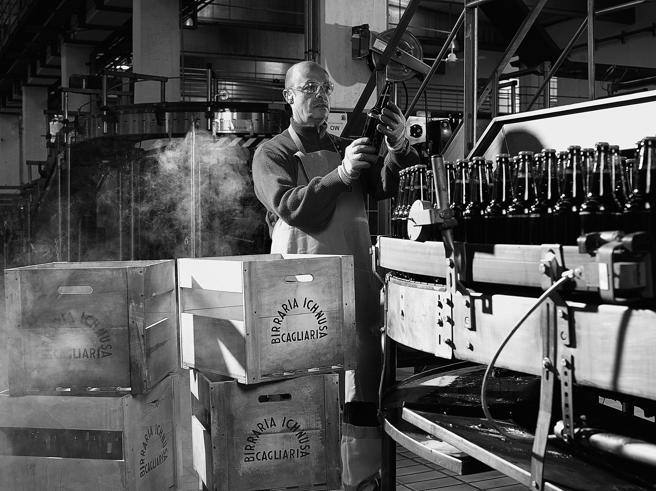 A nice glass of cold beer on a sunny day and you feel it down your throat, taking away the dryness and switching it into a delicious and thirst-quenching bitterish taste while lying under the umbrella on the beach of the Gabbiano Azzurro Hotel & Suites...

"For a quart of Ale is a meal for a King" said William Shakespeare, while Goethe advocated that "(...) knowing where the best draught beer is, itis actual practice, it is geography" and Milan Kundera added that “Isn't beer the holy libation of sincerity? The potion that dispels all hypocrisy, any charade of fine manners? The drink that does nothing worse than incite its fans to urinate in all innocence, to gain weight in all frankness?”

In Sardinia, where the wind moves and spreads the scent of the Mediterranean scrub, beer is happily drunk. Drinking beer is to Sardinians a return to an ancient root of one's own culture without, however, denying the ancient Bacchic wine culture. Normally we tend to connect the Sardinians of the agro-pastoral and inland areas to the great Greek and Roman wine drinkers.

Obviously the tradition of high-quality wines remains, which are increasingly appreciated abroad also, but in Sardinia the individual quantity of wines assumed by the locals decreases more and more while the beer has become the main drink with low alcohol content consumed by the inhabitants of the wonderful sunny Mediterranean Island.

Beer was, along with the mead (honey-made wine), the first alcoholic beverage of the Nuragic Sardinia. It was surely produced in Sardinia during the Neolithic. Traces of beer consumption in Sardinia have been found in the copper age, in bell-shaped vases with traces of hops used for the production and consumption of beer. Sardinians continued to produce beer even after the discovery and use of copper and bronze and throughout the Nuragic civilization.

In particular, a quality of beer produced from wheat and barley must, with the addition of bitter honey typical of the island, reached not only high alcohol levels but also contained psychotropic substances (sardonia herb) for the sacred use of priests during prophecies and healings, which induced the famous sardonic smile in the elderly brought to die to the cliff jump.

Historians narrate of the colossal drinking of beer and wine during the celebrations, religious ceremonies, local Olympic games, collective songs and dances, which characterize the Sardinian celebrations even today.

Today the Sardinian beer par excellence is Ichnusa, from the ancient Greek early name of the island, its logo the national flag of the Sardinians, the four Moors on a red field, a recovered symbol of the identity of Sardinian pride. This is beautifully expressed in the beer promotion where the fishermen's catch of the day is "Our Sushi"; the stunning Nuragic villages filmed from above are "Our Lofts"; the Orgosolo murals become "Our Vernissage"; the Mamuthones procession is "Our Halloween"; an old shepherd with an ancient look represents "Our Hipsters"; the tide screaming while crushing against the rocks is nothing else but "Our Sound"; water sports in the Sardinian sea are "Our Social" and finally Ichnusa, "Our Beer", "Our soul" since 1912!