Discover the bread of Sardinia 0 Comments 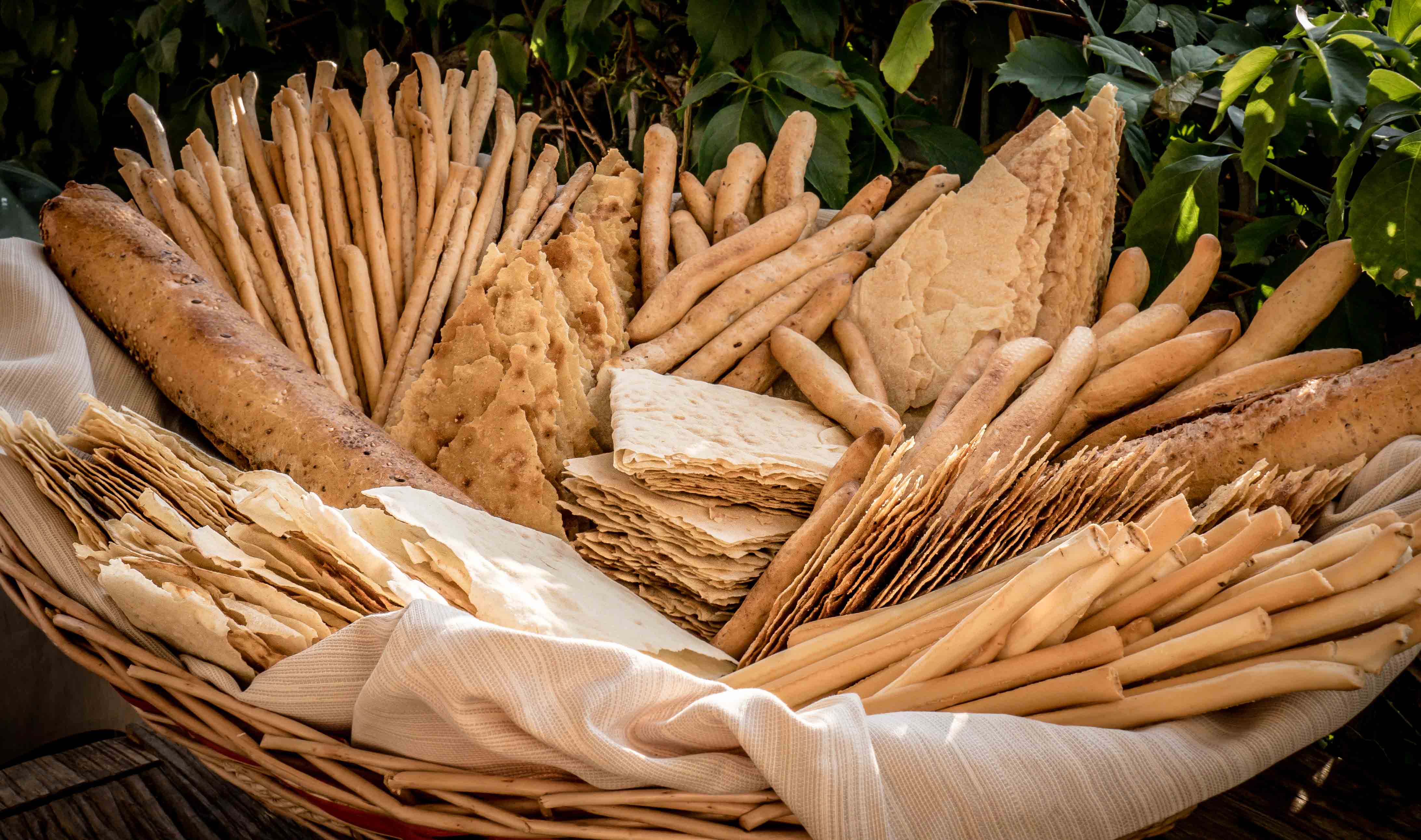 Familiarizing with the Sardinian bread world is a really interesting journey. Tourists generally know and appreciate the famous Carasau bread in the form of a disc, also called "music paper", crisp and thin, with its variants Guttiau (seasoned with oil and salt and then grilled) and Frattau with tomatoes sauce and pecorino, but one will never end in discovering the many varieties of Sardinian bread. With the only key ingredient, wheat, every area of ​​the island has its specialty because the ancient art of baking has not been disremembered, but it is passed on from generation to generation.

In the northern part of the island a flat, round and soft bread is also prepared, it is called Spianata. Carasau, on the other hand, is typical of the Nuorese and Barbagia areas, while characteristic of the southern part of the island, but distributed all over the territory, is the Civraxiu bread or Sanluri bread, soft round loaves baked in the oven.

Interesting to know is also the decorated and elaborated bread, prepared for the holidays. Peculiar is the Coccois Pintaus, made of semolina flour and cooked in the traditional oven, decorated with skill and mastery using traditional tools such as scissors, knives and toothed wheels. The themes of the decorations can be different: garlands, flower branches, hearts, nests, doves and all that can recall the celebration.

“The smell of good bread baking, like the sound of lightly flowing water, is indescribable in its evocation of innocence and delight...". (MFK Fisher)