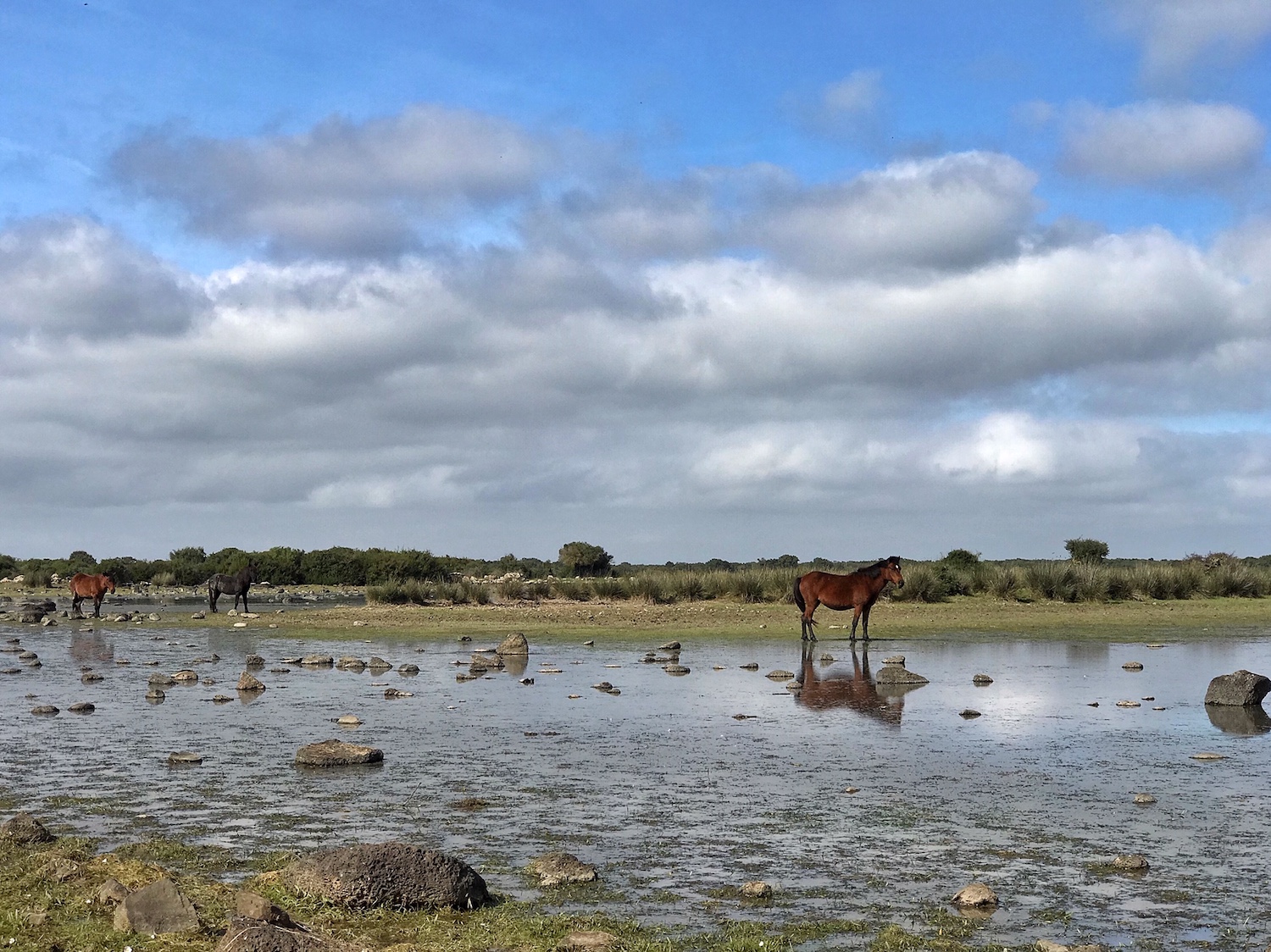 If you have come to Sardinia and you have been conquered by this breathtaking, wonderful land full of natural allure, from the sea to the mountains, from the vegetation to the numerous archaeological sites ... then you cannot omit visiting the Giara, "Sa Jara" in Sardinian, in the Medio Campidano province.

It is a three hours excursion, 240 km  far from the Gabbiano Azzurro Hotel & Suites.

Sa Jara is a plateau located between the Marmilla county hills in the Sardinian hinterland, and it is the result of a very long process of soil erosion that surrounds a basaltic tableland of about 45 square kilometers between 500 and 600 meters above sea level.

The Giara is divided into three territories: Siddi, Gesturi and Serri, but Sa Jara of Gesturi is the one we want to talk about today. It has an area of ​​about 4,400 hectares at a height between 500 and 600 meters above sea level and houses approximately 700 horses of the Giara, also known as "is quaddeddus de Sa Jara" or "achettas".

Allegedly they were brought to Sardinia by the Phoenicians in the Iron Age (1200-1000 BC). In the Middle Ages they populated the island, but only survived on the plateau because of the natural isolation of the Giara, bordered by precipices and ravines that the horses do not manage to overstep. Although isolated, it is a territory where the horses find a welcoming habitat as there are the characteristic paulis, shallow lakes, which guarantee the vital reserves of water, and therefore food. The Giara di Gesturi horses are the only wild horses in Europe, running free among the cork oaks and the vestiges of the twenty-four nuraghe archeological sites placed at the stony edges of the plateau.

They are beautiful creatures with big almond-shaped eyes, long tails and manes, they are of low stature and some of them has a tuft falling over the forehead almost hiding their eyes. The majority is of the Bay type with reddish coat and black mane and tail. There are also all dark-brown Morello type and some of the Chestnut type with a red coat and blond mane and tail.

The Mediterranean scrub is low, almost cork-oak, holm-oak, myrtle and arbutus trees bonsais that don’t grow much because there is very little soil on the basalt, inhibiting the plants to develop in height.

A peculiar small plant of the plateau is the Morisia Monanthos, a little plant with a yellow 4 petals flower, called in Sardinian Ebra de Oru, Golden Grass.

"…and God created the horse out of a handful of south wind, which he scooped up, saying: "Thy name shall be Arabic, and virtue bound into the hair of thy forelock, and plunder on thy back” (Anonymous Bedouin legend).