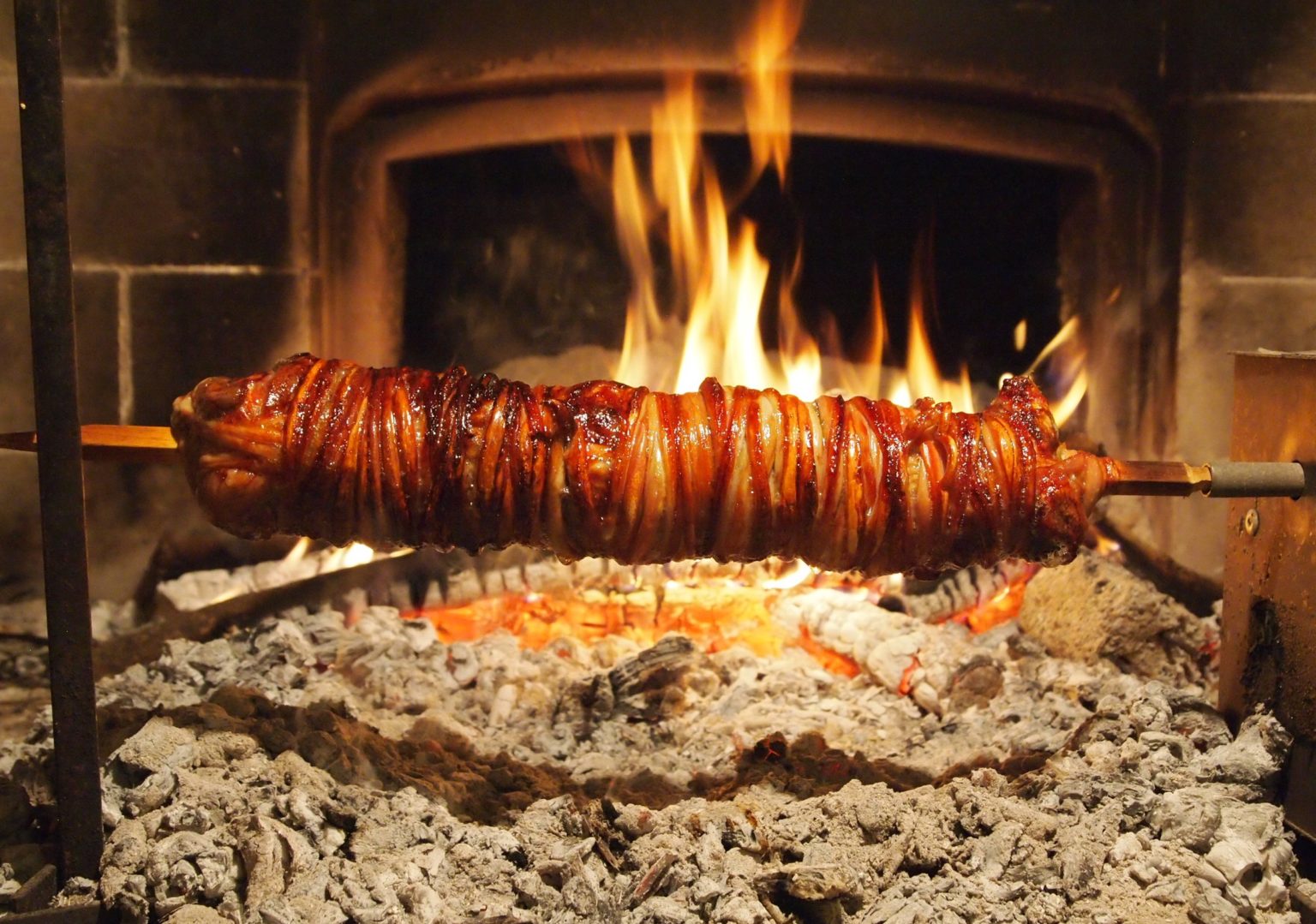 This traditional Sardinian dish is so typical and particular that it is worth knowing and tasting it. “Sa Cordula”, one of the most authentic meals of Sardinia, second only to the Sardinian “porcheddu”. From December until late spring the lambs are slaughtered but without waste and with the entrails, they make the “Sa Cordula”, also called La Treccia (the braid), the main dish of the holidays. Christmas and Easter are in fact the main holidays where "Sa Cordula" has always been present on the tables of the rural pastoral world of the island. Although in each locality it has a different name - cordula, codra, colda, cordedda - only the traditional recipe is followed throughout Sardinia.

The intestine, tripe, stomach and glands, washed thoroughly and then left to soak in water and vinegar or water and lemon, and cut into thin and long strips, are skewered on a characteristic skewer, "su schidoni”, wrapped in the omentum, the peritoneal net called in Sardinian “sa nappa”, and then twisted by expert hands with the intestines which, skilfully crossed, create a braid.

Ready to be cooked browning on the grill, it will be patiently followed for a couple of hours by turning it often and taking care of the embers to keep the cooking temperature uniform. The heat allows the meat to dry until it embraces tightly onto the spit. Burning it outside and leaving it raw inside would be an unforgivable mistake. Each prepared braid is a journey through the history and culture of the Sardinian people who continue to maintain alive culinary habits handed down for generations, perhaps millennia.

Eventually it will be sprinkled with melted lard, ensuring that very particular flavour, crunchy on the outside and soft inside, which obviously must go with a glass of excellent cannonau Sardinian wine.

“Sa Cordula” can also be cooked in a pot and in that case peas, black olives or broad beans are added. It is actually such a gastronomic experience not to be missed, to agree with Gustave Flaubert who greedily said:

“It is gently mashed between tongue and palate; slowly, fresh and delicious, it begins to melt: it wets the soft palate, brushes against the tonsils, penetrates the welcoming oesophagus and finally lays in the stomach that laughs of crazy contentment.”