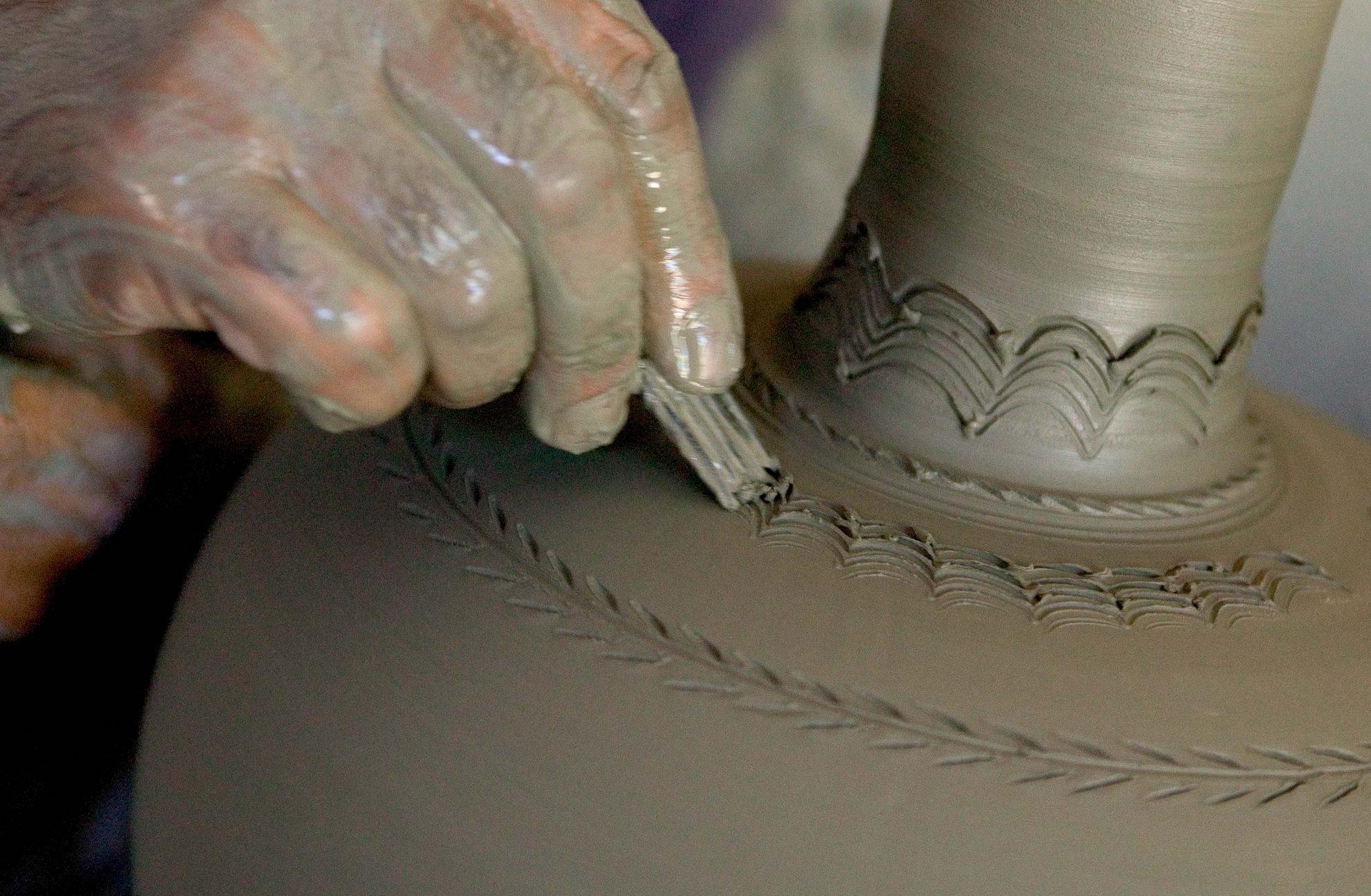 The Sardinian ceramic past begins with beautiful specimens of pre-nuragic and nuragic pottery, and models recalling the Roman domination. The making of ceramics takes us back to the courtyards of the houses to find the wells where the clay was to be cleaned from impurities with ageing and washing, the tanks for decanting and the processing made with natural dyes such as certain soils or a mixture of aromatic essences of the Mediterranean scrub. The place for the lathe, the shade where the hand-worked products can be dried, the furnace for the vitrification.

After centuries of silence, in 1692, the Statute of the "Gremio dei Figuli di Oristano" (The womb of the pottery art of Oristano) was instituted. The figulo is the potter and figulina is the art of the potter or the object of terracotta itself. The Statute confirms the existence of a corporation of professional craftsmen producing dishes for common use. In the nineteenth century the General Alberto Ferrero della Marmora, Senator of the Kingdom of Sardinia, decided to use the high quality clay available in Sardinia for tiles and bricks for construction. But it is the twentieth century that will introduce to a national level the Sardinian ceramics with the artist Ciusa, who in 1925 had opened the School of Applied Arts in Oristano, and with his students Federico Melis, Ciriaco Piras and others. The Farci artistic ceramics, in the Assemini laboratory (Cagliari), was the result of three generations of experience, giving shape to clay, transforming it into art since 1927. The clay ductility allows the craftsmanship creation of beautiful artistic ceramics. "Ceramics from Costa Smeralda" becoming later Cerasarda, was founded in 1963 by the will of Prince Karim Aga Khan IV. Being the result of a blessed combination of culture, history, design and technology, its artistic ceramics contributed to introduce the Sardinian elegance in craftsmanship to the world.

Today many young talented ceramists are dedicating themselves to figulina with increasingly innovative works. The modern production combines models and forms related to the 17th century Spanish tradition of the estrecho de terra (in Sardinian called su strexiu), for glasses, crockery for the preparation and storage of food, containers for water, wine and oil.

“I thought clay must feel happy in the good potter's hand.” (Janet Fitch)