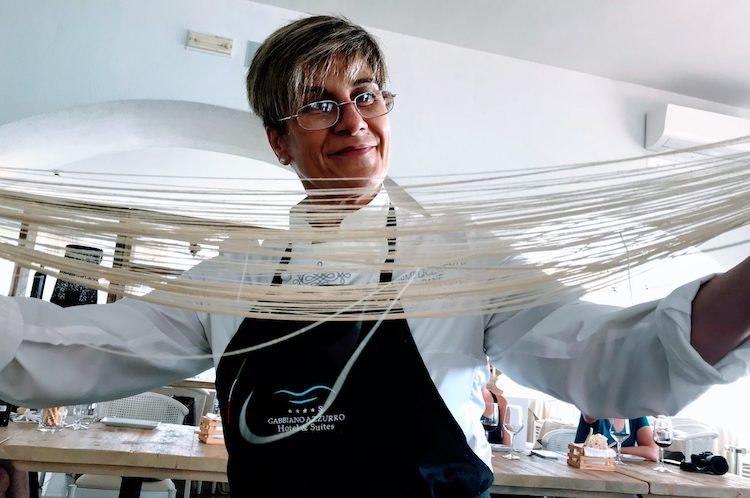 Sardinia, a wonderful island in the Mediterranean, is somewhat reminiscent of the song by Georges Moustaki, where he portraits himself being "Half pirate, half artist".

Pirate because it is wild in its wind assaulting you, a wind that does not bend but ruffles. It savagely rumples the foliage of the Mediterranean Shrub as well as it ruffles your hair, and with a rough benevolent caress, he skirmishes with the flowering oleanders.

Artist in its colours, in the shades of its greens, its blues, its greys, its pinks… interacting with emotions. "Let me, O let me bathe my soul in colours; let me swallow the sunset and drink the rainbow.” Khalil Gibran used to say.

But it is the island of records as well! We at the Gabbiano Azzurro Hotel & Suites, are disclosing some of its records that might well deserve your attention:

In the photo: Chef Dettori during a cooking show at Gabbiano Azzurro. She is making Su Filindeu, the rarest pasta in the world. Sardinian diet and lifestyle are the reason for centenarians records.