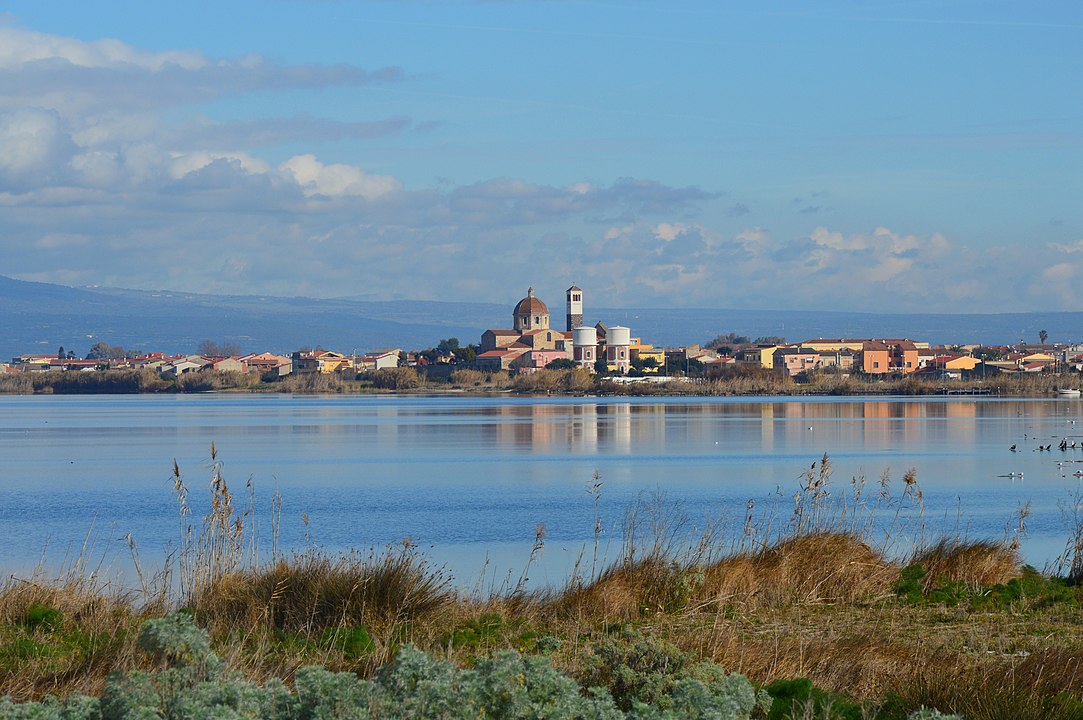 "The exciting challenge between the most beautiful boroughs in Italy starts again. For the artistic heritage lovers of the great or small stories of our countries, lovers of culinary or artisan specialties, excursions or village festivals, here is a journey through 20 regions, 20 boroughs, 20 territories rich in history, culinary art tradition. From North to South, from East to West".

Voting takes place from Sunday 13 March from 6.40 pm to Sunday 3 April at 11.59 pm, and only by voting will you be able to take your favourite village to victory. You can vote once a day and for one preference only.

Sunday evening 17 April, on Rai 3, hosted by Camila Raznovich, we will see which village has collected the most preferences, winning the challenge.

You can cast your vote on the Rai website: www.rai.it/borgodeiborghi. To vote users must register to create a Raiplay account.

Our vote is in favour of the village of Cabras (Oristano), which is 208 km and 2 and a half hours by car from Gabbiano Azzurro Hotel & Suites, and we want to hereby introduce its beauty to you.

Cabras is located in the beautiful Sinis peninsula, preserving archaeological wonders and splendid naturalistic prosperity: nature and culture. Country of ancient origins, in Cabras there is evidence of the Neolithic, such as the village of Cuccuru is Arrius and numerous nuraghi. But the greatest archaeological discovery was made in Mont'e Prama, where a statuary complex of the Giants in chalky sandstone, was found in a large burial area on the mountain.

Continuing the archaeological tour, we find Tharros The Phoenician Town of the eighth century BC. founded in a previous Nuragic village. Tharros contains a large part of Sardinia’s history: a Nuragic site, then a flourishing commercial centre of the Phoenician-Punic age, a Roman city, then a Byzantine one, the first capital of the Judicates period, inhabited until the Middle Ages.

In its approximately 30 kilometres of coastline, there is the protected marine area of ​​the Sinis peninsula, which extends between the bay of Is Arenas and the Gulf of Oristano, including the Mal di Ventre Island and the Catalano islet, which in their sea depths they conceal ancient shipwrecks. The beaches are famous for their very fine quartz grains, in the most diverse shades: white, pink, green, the result of the long action of wind and water on the limestone rocks of the area. Colours that blend with the green of the Mediterranean scrub, and the turquoise, blue and azure of the splendid sea.

The Cabras pond, which occupies a fifth of its territory, is home to Sa Genti Arrubia: pink flamingos of Sardinia.

Even the Cabras gastronomy will not disappoint the connoisseurs. The local delicacy is Bottarga: the golden caviar of Sardinia, that is mullet eggs with which delicious recipes of traditional cuisine are prepared.

Let's vote for Cabras borough and, as soon as possible, let's go there for a visit!

“Sardinia is a universe to be discovered. Discreet, gradually revealing itself to those who know how to go further.” (cit.)