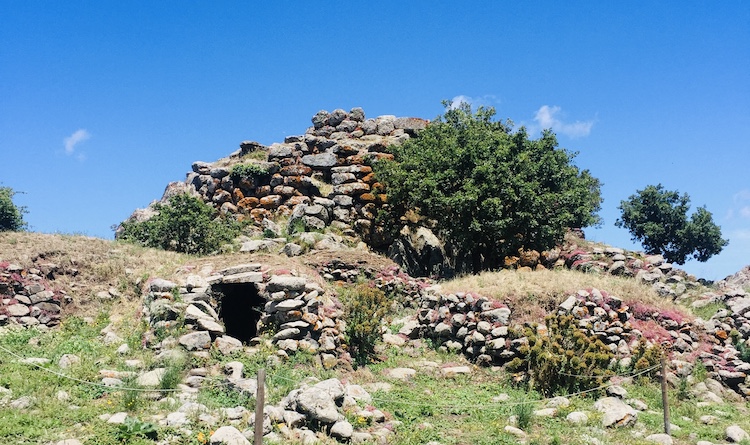 ... was it already there a century before the Mesopotamian and the Egyptian one?

According to Pliny the Elder, a man of insatiable curiosity who made many studies and wrote many essays, the first use of glassy material dates back to around 1,600 BC. in Mesopotamia and around 1500-1400 BC. C. in Egypt.

In a recent excavation for the recovery of the archaeological site of the corridor Nuraghe in the Conca e Sa Cresia, however, a part of the nuraghe remained hidden because it was covered by a collapsed wall. This is an obviously artisanal area, where a shattered crucible for melting glass was found among many other findings. The chemical analysis of the substance found in the sides and bottom of the jar used to melt quartz and siliceous sands at high temperatures led to the result that it is primary glass.

The Sardinians were therefore the first ones to produce it, not only in Italy but in the interior of the Mediterranean basin, at least a couple of centuries before the Egyptians, until now considered the first discoverers of the glassy material. "There was a glassy, ​​amorphous layer in this ceramic, which from a typological point of view was completely different from all the other domestic ones." adds the archaeologist and geologist Giusi Gradoli who, together with Emily Holt (archaeologist from the University of Cardiff) and Mauro Perra (director of the excavations) defined it as the oldest primary glass production site in the world, dating it to around 1700 BC.

Once again, the technological progress of the proto-Sardinians, too often underestimated in the Italian and international academic classrooms, proves to have an important role in history. The fact that the Nuragic civilization, still at the dawn of its existence, produced primary glass already around 1700 BC, could, according to Dr. Emily Holt, "revolutionize our knowledge of the time, not only in Sardinia, and pose new questions about an entire class of Bronze Age artefacts. Artefacts believed to have been imported into Sardinia up to now may have been produced by local populations".

A wonderful discovery, that of Conca e Sa Cresia, which awards another “light spot” to the Nuragic Sardinia. The beauty of glass is that, being a non-perishable material, it fixes the truth in its molecular structure, and the residual quantity of carbon-14 present in the Siddi’s crucible one of was processed with radiometric dating.

Paraphrasing Teresa of Lisieux, the soul of Nuragic Sardinia has matured in the crucible of external and internal trials ...

In the photo: the nuragic site of Tamuli (photo credits Laura Mor)