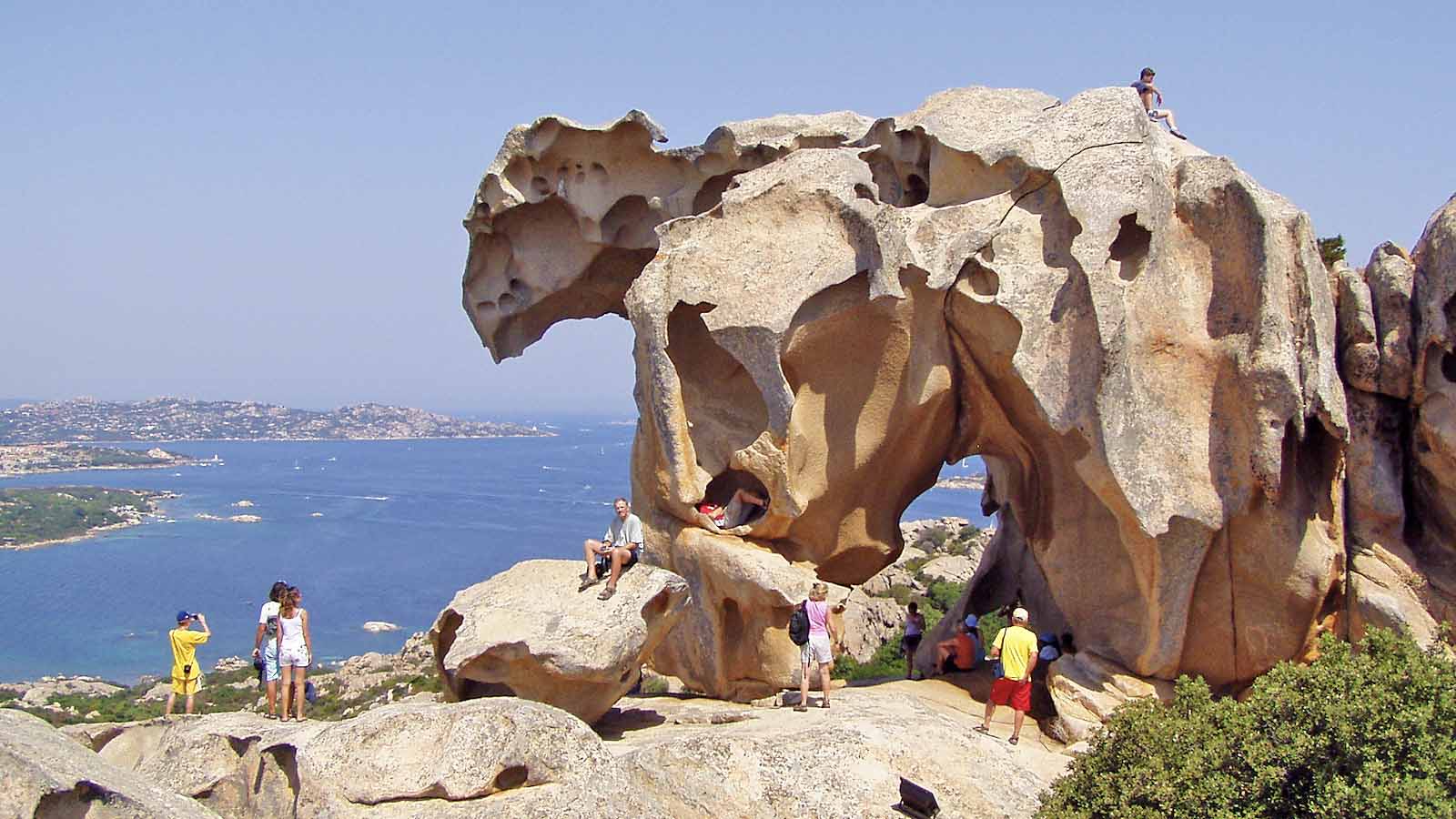 About 25 million years ago Sardinia detached itself from the continent. The north-eastern region of Gallura is formed by granite, a plutonic magmatic rock, which cooled and crystallized almost 300 million years ago; being any volcanic activity now completely over, Sardinia can be considered an Italian region sheltered from telluric movements.

Pinuccio Sciola, Sardinian Sculptor And Muralist knew everything about the Sardinian rocks, as he used to say that in Sardinia there is any type of stone. And if a variety of stone is not found there, it is only because God, in creating the world, kept it in his pocket. He said he himself was born from a stone, from which he learned to extract the magical stone sound.

From Olbia to Arzachena, via San Pantaleo, at half an hour drive from Gabbiano Azzurro Hotel & Suites, the Gulf of Arzachena, sitting among the granite hills, is a magnificent sight. The Gallura coast is articulated, with hollows and headlands. The granite rocks have been gradually abraded by the sea, by the wind and the rain, and have been moulded into smooth-edged reliefs that acquire singular shapes and it is fun to give them a resemblance, in fact many animal shapes are recognizable: in Palau the rock takes the form of a bear; in San Teodoro of a turtle; in Castelsardo of an elephant; at Capo Testa there is a dog and two sea lions. Moreover, The Maddalena Archipelago hosts a rock resembling a beautiful woman face hidden by a hood, and looking around there are also human faces, witches, and for the most "inspired" even phallic shapes. The amazing thing is to let the fantasy space looking for the oddest shapes within this magical rock world.