The Pink Beach Of Budelli 0 Comments 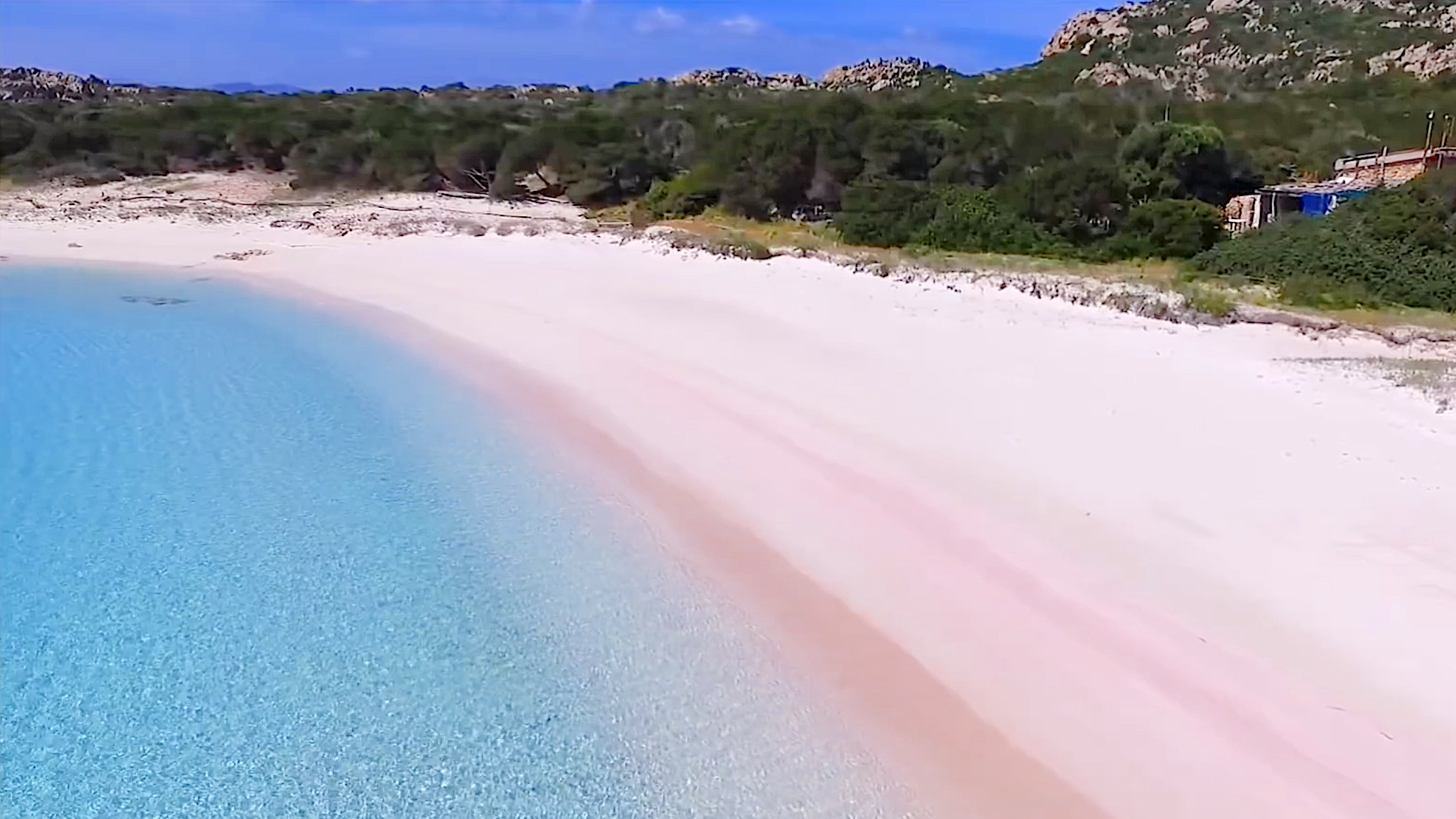 Budelli is an island in The Maddalena Archipelago National Park, in the north of Sardinia near the Bocche di Bonifacio.

It is part - with La Maddalena, Caprera, Santo Stefano, Santa Maria, Razzoli, Spargi, as well as other smaller ones such as the islets of Rome, the Cardellino and of Cala Lunga, 62, between islands and islets, for a total of 180 km of coasts - of the Arcipelago di La Maddalena National Park.

Famous is its beautiful Spiaggia Rosa (Pink Beach), in Cala di Roto, south-east of the island. It owes its name to the characteristic coral pink colour of the sand of the shoreline. The peculiarity of its colouring is due to a pink micro-organism, Miniacina miniacea, whose shells are minced by the water and wind action.
In order to prevent the beach from being furtherly damaged, since 1998 has been privileged of the full protection as "Zone A", when it was closed to bathing, disembarking and anchoring of boats.

The island was privately owned until March 2016, when it was assigned to the National Park. It is inhabited by the caretaker who has lovingly cared for the island over the years, cleaning the paths and collecting plastic and litter from the beaches to make it easier to travel the island but also to heal the ecosystem of flora and fauna that would have been damaged by the trash left by irrespective tourists, presenting the island to those who visited in a way that, leaving it, they would have fallen in love with the uniqueness of the light and the colour of the beach and the sea.

Among the green of the Mediterranean scrub embraced by the rocks that seem to want to hide it from stranger's eyes, there is a small house where Mauro, the angel of the pink beach, has been living for 27 years.  He stationed at the Spiaggia Rosa, after travelling around the world, to begin an even more fascinating journey, "the journey within himself". It is Mauro who preserves the beauty of the beach, by collecting the waste coming from the sea, so that the combination of clear and crystalline waters, the pink of the sand and the Mediterranean scrub may continue to perpetuate its magic. I am sure that future generations will refer to this guardian, or custodian, or wise guru and poet, as a legend. It cannot be otherwise, because he is a person with an extraordinary life dedicated to observing the colours of the sea, the flights of seagulls, the movement of the waves and the pink that determines the peculiarity of that beach.  "It’s the waves who are preventing the seas from being mere puddles," says Mauro.

The image given by the pink colour of the beach, by the blue of the sea and by the green of the Mediterranean scrub behind it was celebrated by the brilliant director Michelangelo Antonioni who, in 1964, filmed some shots of the famous “Red Desert” movie.

The Spiaggia Rosa also has a very personal meaning to me. In 1990 we made an unforgettable tour to Budelli and in that wonderful water, my younger son learned how to swim. Absorbed by the beauty of the seabed full of tiny little fishes that he was admiring through his mask, he did not realize that I slowly took away my hand from under his belly letting him float alone as if he were a little fish too ...