The Swords In The Stones 0 Comments 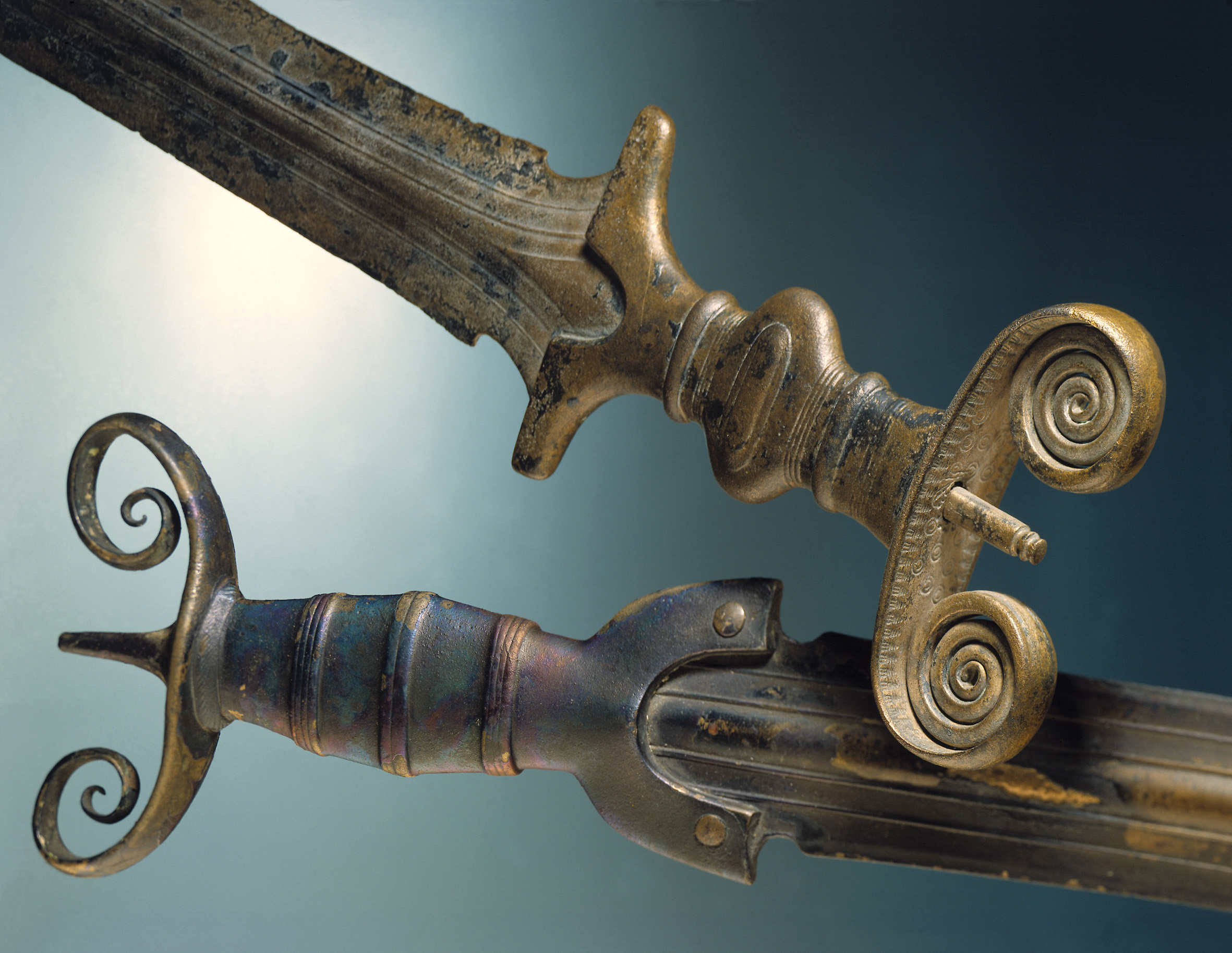 Who among us does not know the legend of Excalibur, the mythical sword stuck in the rock that would have consecrated King the man capable of extracting it, which was achieved by Arthur who thus became the wise King of the Round Table?

Sardinia keeps amazing us. In the fascinating Sardinian archaeological research some swords, most probably votive,  have been found stuck in the rock by Nuragic or Shardana warriors.

These discoveries have been found in several sites including Su Tempiesu of Orune, Su Mulinu of Villanovafranca. In Sa Sedda 'e Sos Carros site we may see a stone with three broken nuragic bronze swards stuck in it, and on Scusorgiu of Villasor site, in the lower Campidano area, in 1979 an authentic treasure made of 40 swords was found, one of which with a rare hilt; there are only four hilts of this type in Sardinia.

As scholar Silvia Lo Schiavo states, it is plausible that the votive swords were fixed with their tips at the top of the temples and worship sites, to be more visible to indicate the sacred place. The swords are defined as "omnipresent" because they have been found throughout all Sardinia, proving the cultural affinity between the nuragic populations who lived on the island during the Bronze Age. Nuragic votive swords may have been warriors' offerings, or testifying alliances between tribes, or agreements between village chiefs, or promises, or contracts.

Their votive destination seems to be characterized by the fact that the weapon could not be suitable for fighting due to the excessive length of the blade and because of the not sufficient alloy of tin and copper to guarantee it the necessary hardness for a war fight use.

Often the votive sword was found in places intended for the water worshipping. In the Nuragic Sanctuary of Abini in Teti, in the province of Nuoro, there are several hundred votive swords.

Who knows what other information the archaeologists will offer us in the coming years, by accomplishing further researches to better define the fascinating history of the swords in the rock of the ancient enchanting Ichnusa.

“The sword has to be more than a simple weapon; it has to be an answer to life's questions.” (Miyamoto Musashi)