Tombs Of The Giants 0 Comments 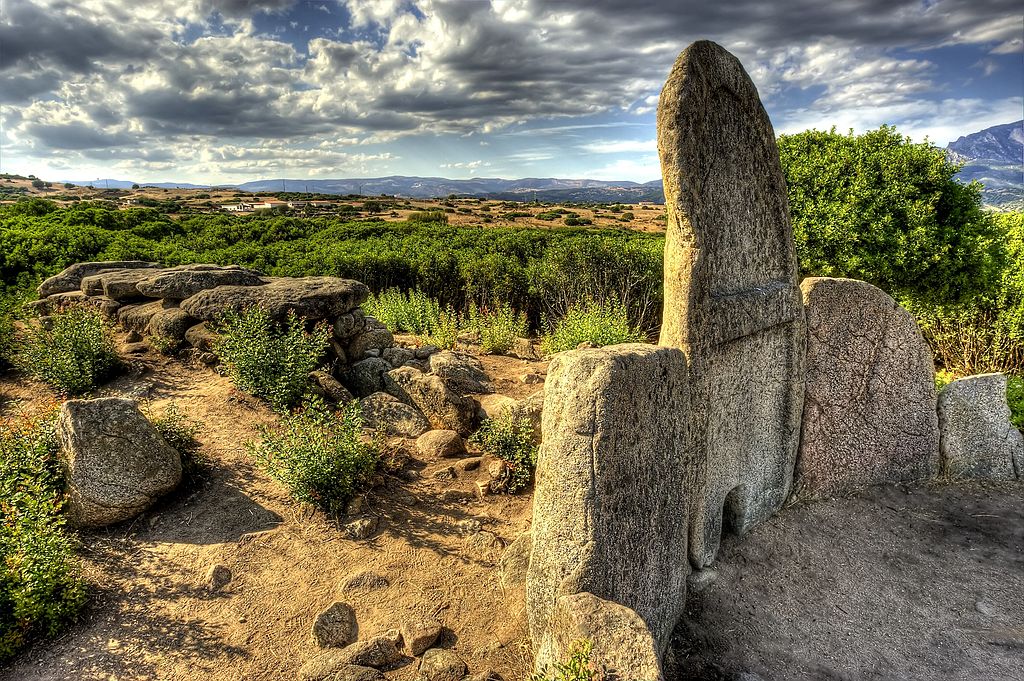 It seems that the Giants' Tombs were religious sites, but the most interesting and intriguing discovery is that these structures were built exactly where the energy channels of magnetic forces existing in the granite are superior. Granite (silicon dioxide) delivers energy and has a natural magneto-therapeutic effect. These strange constructions, very present in the Sardinian territory, can only be found in this region and nowhere else in the world, which is why they are really of exceptional importance and value. They are characterized by a long sepulchral corridor (where the burials took place) and by a semicircular facade (exedra) that circumscribes the space dedicated to worship, where the rites in honour of the dead took place.

They are called the Tombs of the Giants because it was traditionally believed that they would provide lodging to a particularly high human body as the tombs are about ten meters long. In reality, bone finds reveal that many bodies were buried there. We know little of the rites and who was destined for this important burial, and the Giants' Tombs remain wrapped up in great historical and spiritual mystery. For sure, those who built them had the ability to recognize the points, where the telluric energy and the magnetic forces were accumulating, or used the aid of special "psychics" or "dowsers" who, following the vibrations of a Y-shaped twig or rod, could locate the presence of energy fields.

Mauro Aresu, an important Sardinian researcher, has long studied these monuments and asserts that the Tombs of the Giants, being the most important points of the energy emanation, can help heal those who go there or lay down in their interior. The semi-circle shape of the monument would imprison the telluric energy lines by capturing the flow that would impregnate the granite stones and, to benefit from it, one needs to lay on them.