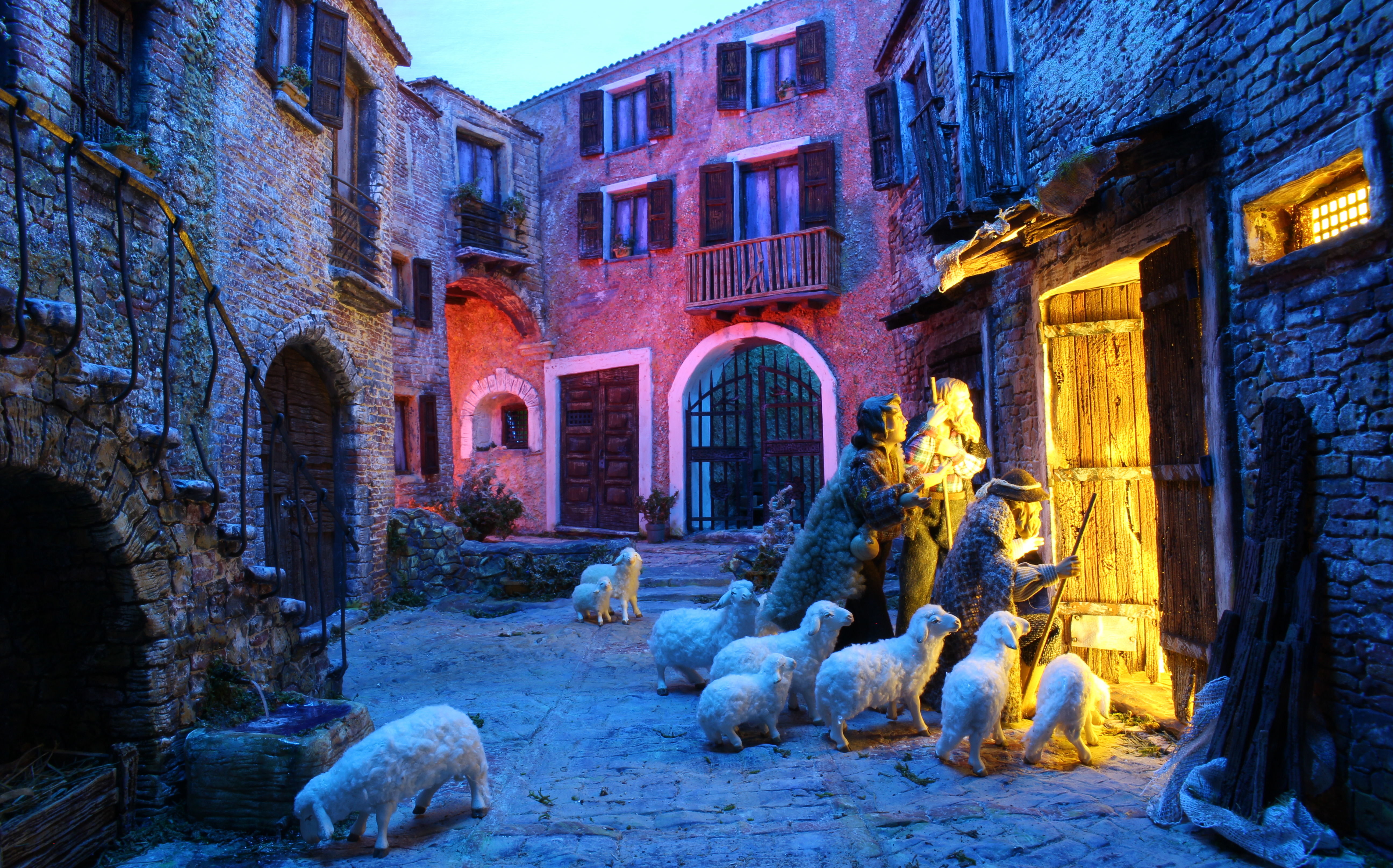 Christmas and New Year's holidays in Sardinia have always been the Family's reunion quality time, being many relatives often away from home because of their jobs: a beautiful occasion to finally get together with the rest of the community.

Reunited on Christmas Eve, "Sa notte'è xena" around the fireplace, where the chopped log "su truncu de xena" was burning, families used to eat the generous dinner based on pork, lamb or roast kid goat, of offal "sa tratalia e sa cordula" as well as cheeses and sausages of home-bred pork slaughtered for the season.

Without television, mobile phones and computers, the pleasure of the family was based on the story-telling of the elders and on collective games such as the tombola "sa tombula", all pervaded with laughter and good time, waiting for the midnight Mass, in Sardinian "Sa Miss'è Puddu", or "the mass of the first cockcrow", where they all participated collectively. The celebration of getting together of Christmas and New Year is still sealed by gifts exchanges.

During New Year's Eve in Sardinia, the mistletoe presence dominates like everywhere else, the evergreen parasitic growing on many trees. For its white spheres and green leaves, the mistletoe has always been considered a winter miracle provided by nature. Donating it on Christmas and New Year is considered a sign of good fortune, same as the tradition coming from remote times where, if a couple passes under a twig of mistletoe on New Year's Eve, they must kiss because it will bring the best of luck.

Centuries ago in Sardinia, the New Year was celebrated on the first of September, according to the Byzantine rite. In fact, the month of September in many areas is called Caputanni or Cabudanni (from the Latin caput anni, beginning of the year). Today, however, it is celebrated on December 31st, and in the town of Bitti in Barbagia (Nuoro province), children celebrate the tradition of "S'arina capute", by singing a nursery rhyme while knocking from door to door to get candies, dried fruits and coins.

“The Child was born every year, in that Pisan style church, warmed by the crowd, amid a shooting, a barking and a frantic chiming. It was snowing. The women, kneeling on the bare floor, sang ...." - (Salvatore Cambosu - Christmas in Sardinia)

In the photo above: the Sardinian "presepe" by Massimiliano Tuveri, worldwide renowned Sardinian surgeon with the passion for nativity scenes.