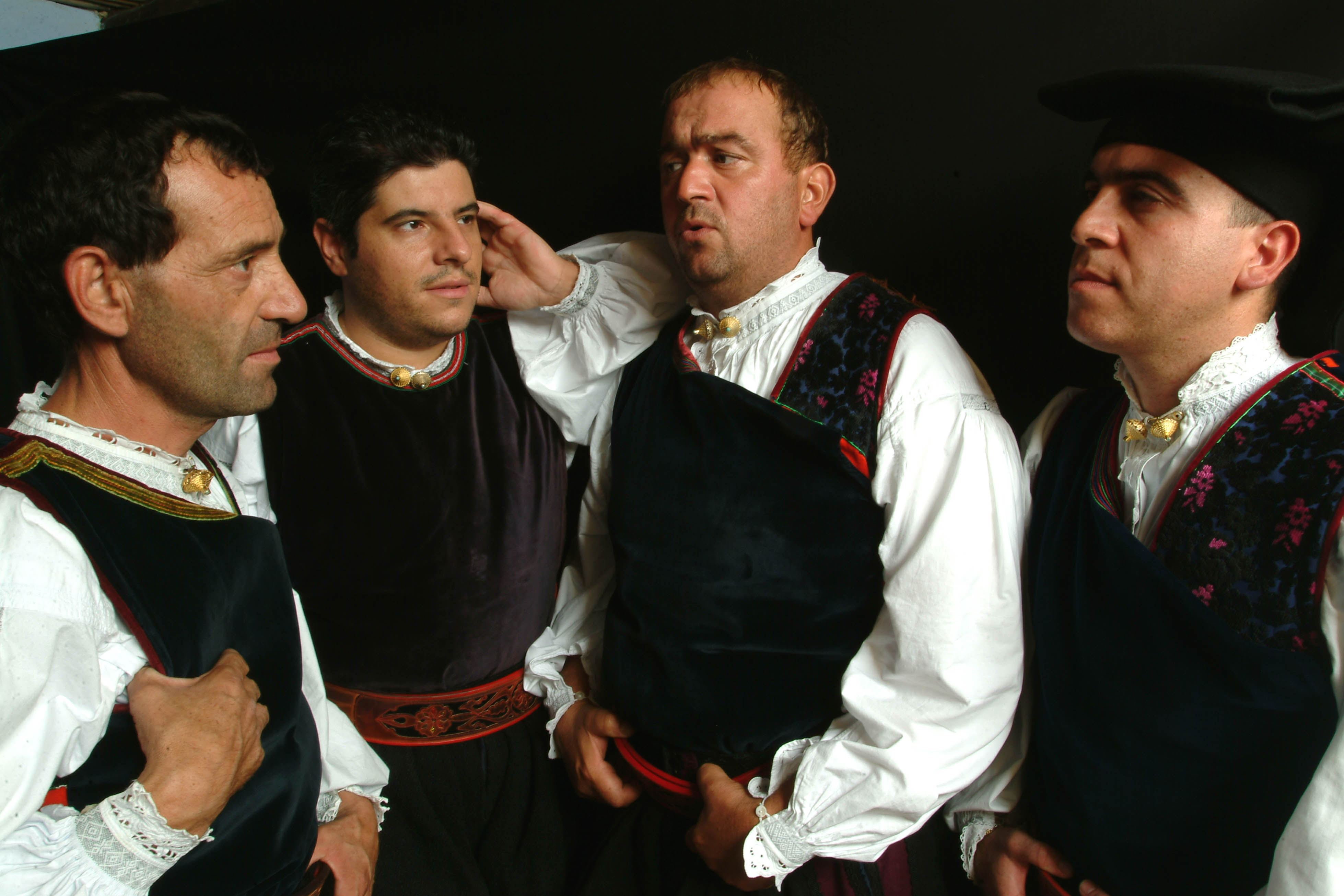 During the superb holidays spent at the Gabbiano Azzurro Hotel & Suites, Sardinian songs are an experience to take home as it’s comparable to the sun: it lingers on the skin and then remains in the heart.

The Sardinian poet Alberto Masala in one of his writings recalls the custom in Sardinia to go and listen to the poets who sang in the village square: "I am Sardinian. And I still keep the memory of when my grandmother was taking me after dinner to listen to the poets in the square. With the chair on our head, we walked down the main street of the village in a procession that gradually grew numerous, like ants. All with the chair on their heads".

How beautiful this scene is, coming from the past and bringing us back to the tradition of Sardinia where singing was an important part of the local community, " ", to the feeling of belonging, of being Sardinian.

Today the voices of these poets, the , can be heard at the village festivals because the tradition of singing and (extemporaneous poetry in music), or, according to the places, , the , the still persists.

The emotion that is felt while listening to these songs, to these rhythmic melodies is greater for those who - lucky - are acquainted with the Sardinian dialects and therefore understand the whole universe told in those sounds.

In the central-northern part of Sardinia, the Logudoro region, predominates the solo-singing with the guitar, while in the Campidanese region the singing is accompanied by the , an instrument of ancient origins formed by three rods, one for the bass, one for the accompaniment and one for the melody, whose tuning is made using beeswax. In the Barbagia region, tenor singing prevails, a style of choral singing of the Sardinian tradition both as an autochthonous artistic expression and as an expression of the agro-pastoral world, a strongly representative social group of the island. The tenor singing, given its uniqueness and beauty, was considered in 2005 by UNESCO in the "Intangible Heritage of Humanity". The origins of tenor singing are approximate, they could go back to the pre-Christian era if not to the Nuragic period. It seems that the tenor singing reproduces the voices of nature: su bassu would imitate the bellow of the ox, sa contra the bleating of the sheep and sa mesu hoche the verse of the lamb, while the soloist sa boche personifies the man who dominates nature.

For the religious type repertoires, multi-voice singing is used in Logudoro, Gallura and Sassarese regions.

But the traditional Sardinian music has been updated with Gigi Sanna, (read about the "Sa Paradura": Safety In Numbers) passionate about music, leader of the Istentales group and author of the majority of their lyrics and music.

Sanna has created a musical case that was born in his sheepfold because Gigi Sanna a part being the voice of the group is also a shepherd. The name of the group - Istentales - in Sardinian indicates a small group of stars of the Orion constellation, which Sardinian shepherds use as a reference in the starry nights.

The Istentales divide folk and pop lovers with their ethnic music, but the audience adores them and their performances are every time sold-out.

[...] the tenor's note, of a wild sound, seemed to come from afar, from a primordial forest, where a faun woke up singing. Around the , the circle of dancers animated by the characteristic vocal music, jumped and crawled, snaking, now shrinking, now widening; some young man occasionally uttered a wild cry of joy, a bit mocking, and the singers continued with their peculiar: "Bimbaràmbàra mbài, bimbarambòi" - (Grazia Deledda - The way of evil - 1906)