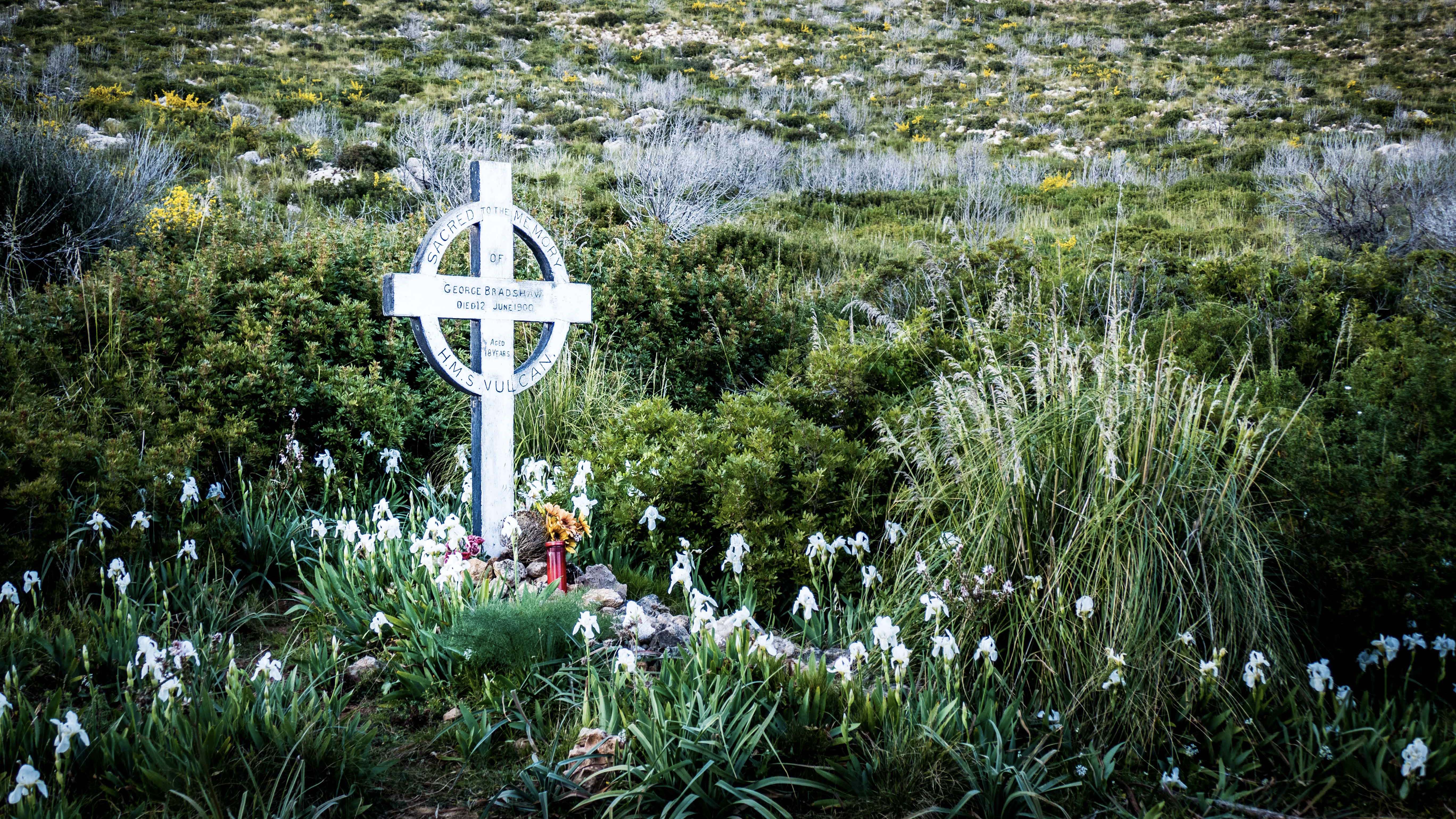 In the direction of Capo Figari, behind Cala Greca, past by the stunning beach of Cala Moresca,  (only 5 kilometres far from the Gabbiano Azzurro Hotel & Suites), there is a small cemetery called "Cimitero degli Inglesi", the English Cemetery.

The cemetery contains 13 graves, a small altar and a pyramid-shaped one a little over a metre, surmounted by two juniper trunks bolted together to form a cross.

The English tomb, belonging to a sailor of Her British Majesty Navy, to whom the cemetery was named after, is the one with a large Celtic cross with legible data. There was no cemetery in the village of "Golfo degli Aranci" at the time, so the young British sailor George Christian Bradshaw of the HMS Vulcan ship, a support cruiser, which was at the anchor in the '"Aranci Bay", died of enteric fever at the age of 18, on a starry night of 12 June 1900,  and was buried in the small Cala Greca’s cemetery, where the sailors of the "Generoso Secondo" Ligurian sailing ship, shipwrecked in 1887 at Capo Figari, were already resting.

Therefore the cemetery was named after that single Englishman even though nowadays it is also called, and perhaps more properly, the Cemetery of the Shipwrecked.

It was messy and covered with weeds when, in March 2017, eight praiseworthy fourteen-year-old Golfo Aranci students, equipped with hoes, shears, rakes and big black plastic garbage bags, have cleaned the cemetery from waste and eliminated invasive weeds, rearranging the entrance road. Improvised cultural operators, they demonstrated the love and the identity pride for their territory. Chapeau!