The Nuragic Well Of Morgongiori 0 Comments 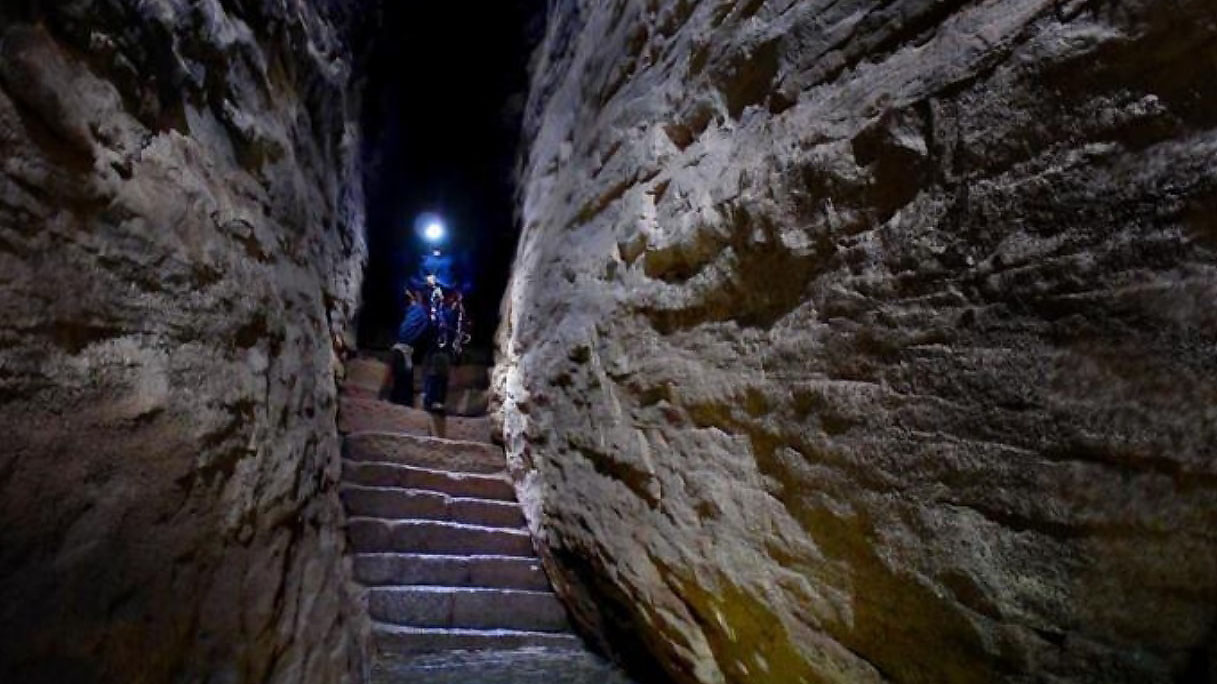 The temple of Sa Scaba 'e Cresia is a hypogeic well-temple, an underground building of historical interest, in the ancient Sardinian region of Marmilla, in the Oristano province in Morgongiori (235 km far from the Gabbiano Azzurro Hotel & Suites and 2 ½ hours car drive).

It is a marvelous archaeological work that has never been accessible to the public until, in the darkness that permeated it for thousands of years, the spotlight of the television crew of "Freedom-Oltre il confine" arrived, accompanied by the Speleo Club Oristanese, for a TV service led by Italian anchorman Roberto Giacobbo, who said: "This was one of the most complicated yet exciting tasks in my many underground excursions: being able to recount and describe this architectural unicum".

Walking down for almost 50 meters in a narrow crag of Monte Arci (meaning place of the stones), the troupe went, with great difficulty, to reach a staircase formed by the three ramps of the well-temple called Sa Scaba 'e Cresia which literally means "the stair of the Church or sacred place".

Built 3200 years ago, was devoted to the worship of water, for the gods to watch over the role of this element so fundamental for everybody but particularly for the agricultural-pastoral populations, and their protection would help them avoid the terrible droughts and devastating floods (read about Holy Wells & Sacred Springs).

From the findings uncovered in this area, there are objects and pottery of the Punic period and many coins attributable to the Roman period, testifying that around the temple of Sa Scaba 'e Cresia was inhabited for about 1200 years.

After the TV show's intervention, the Municipality of Morgongiori took the decision to finance an important 3D laser scanning of the archaeological complex.

80 images at 360 degrees will be inserted in a web portal, (web.smartcity3d.com) where it will be possible to measure all the parts of the archaeological complex.

Mayor Renzo Ibba explained:"reopening the site of Sa Scaba 'e Cresia has always been one of my goals, so to enhance an important monument in the territory of our municipality. I hope now that the institutions will intervene in support of the Municipality for the safety of the mountain and the future opening of the site to the public".