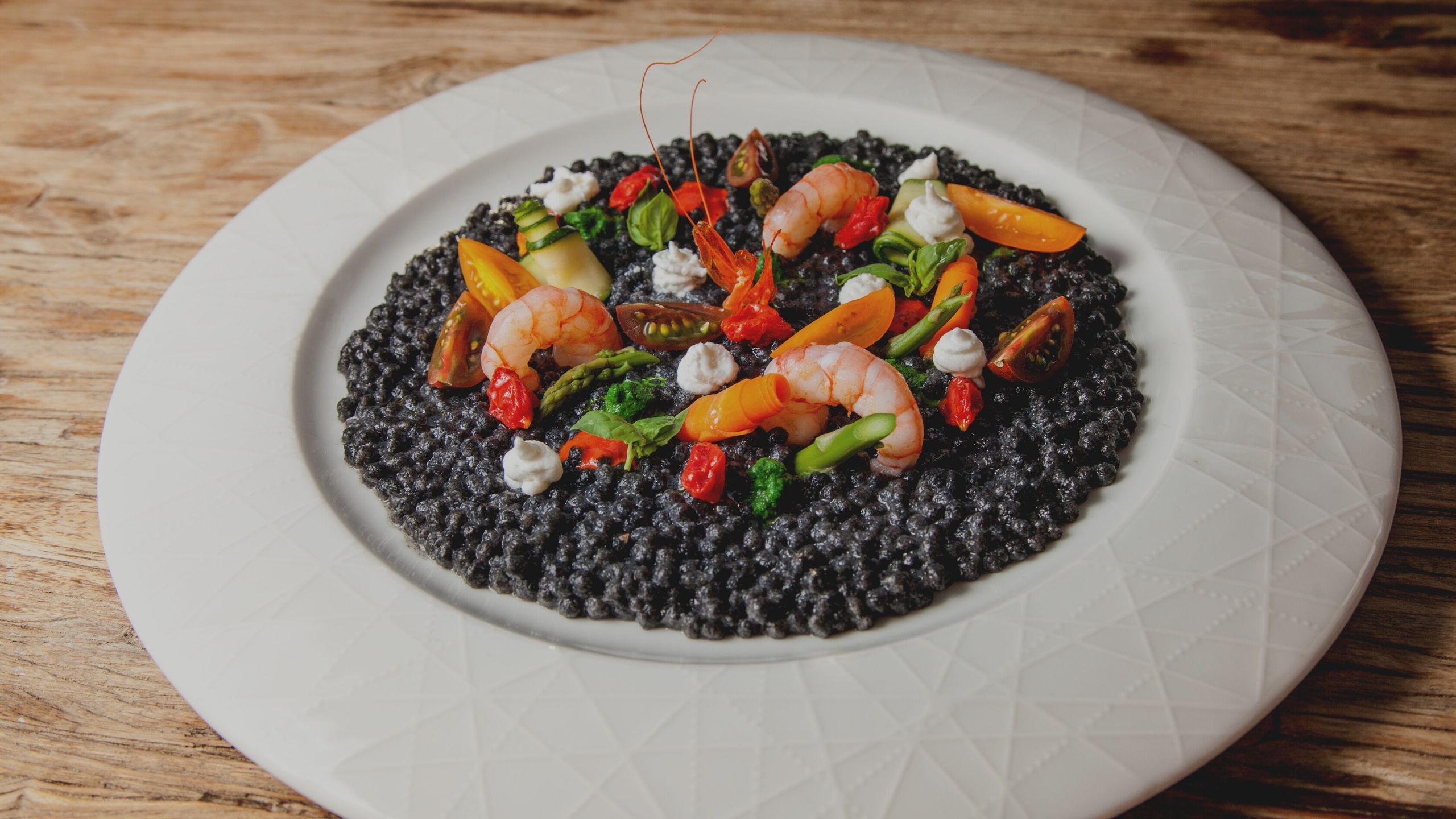 A real delicacy from the rich and ancient handmade Pasta tradition of Sardinia Island, Fregula Pasta (Sa Fregula in Sardinian - also wrongly and commonly spelt Fregola in Italian) has a very ancient story that we know of.

The name might come from the Latin word ferculum which means “crumble”, and even though it might resemble the more famous Maghrebi couscous, experts say they have no common origins, as it might be an invention made on the Island, or it could also be the result of cultural exchanges with the Phoenicians, Punic and Carthaginians.

The island tradition wants Fregula pasta to be cooked in a soup, the Italian Minestra, mainly prepared in sheep broth and seasoned with fresh sour sheep's cheese, which is a main product of Sardinia.

Sardinian Chef Daniele Sechi, who has been working at the Gabbiano Azzurro Hotel & Suites and the awarded Blu Restaurant in Golfo Aranci since 2011) favours Fregula to be cooked like risotto. His recipe is our most famous and sought for must-try for all Guests and Visitors, whether they are locals or not.

Here are 10 tips from the Chef to discover the real Fregula and to learn how to cook it:

Enjoy experimenting with Fregula, buy some when you visit Sardinia and bring it back home to surprise your family and friends with a very versatile and yet unique pasta.

If you wish to learn more about Fregula and all other pasta specialities from Sardinia, we recommend the book by Sardinian Author and Expert of history of Sardinian gastronomy Mr Giovanni Fancello: “Pasta – storia ed avventure di un cibo tra Sardegna e Mediterraneo”.

In the photo, a Fregula dish from our Blu Restaurant menu.