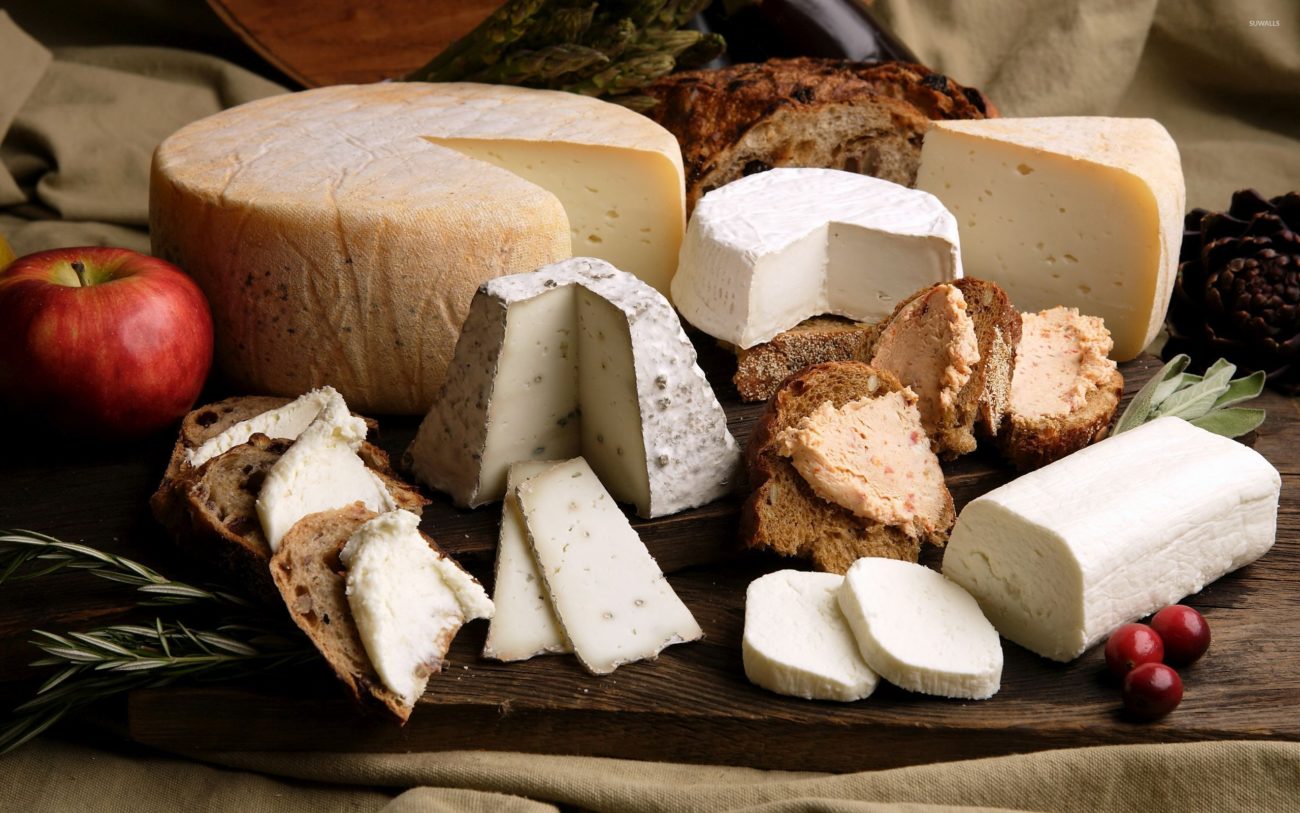 In the millennial dairy culture of Sardinia Island, cheeses are an established art that is daily renewed, taking the tradition to the table in the flavour of its cheeses.

Pecorino Sardo dates back to the mists of time when the Nuragic population dedicated themselves to the breeding of sheep which, thanks to the perfect climate of the island where the meadows are covered with rich vegetation that is the nutrition source for Sardinian breed sheep, a rustic breed descendant of the Mouflon, produced quality milk. The grazing areas were also extended due to the recurrent wild deforestation in favour of the intensive cultivation of wheat, procured by the various invaders and rulers who succeeded one after the other in Sardinia, guaranteeing more and more grazing space for the herds. The sheep's cheese production has been told by ancient Latins as Varro, Galenus, Vergilius and Plinius the Old.

Pecorino Sardo DOP (DOP stands for a protected denomination of origin - PDO) dates back to the late 1700s. As time passes, the processing techniques have been refined by creating a winning combination between tradition and the most modern milk processing practices. Between the end of the 1800s and the beginning of the 1900s, the use of a thermometer, milk filtration and the use of guaranteed liquid rennet were introduced. The hygienic processing conditions have been improved, as the market required protected cheeses in terms of hygiene and health. Since the 1960s, the continuous improvement of the production of Pecorino Sardo has nevertheless forgotten the original teachings of the tradition. Even today there are many shepherds who, living a life of ancient flavours, aromas and customs, raise the flock, sometimes in a semi-wild state, and devote themselves to traditional production. Attending the nowadays cheese preparation gives the opportunity to make a precious journey through the past.

Pecorino is Sardinian. In fact, the various Roman or Pienza pecorino cheeses are produced by shepherds who moved from Sardinia to the continent with their flocks: "We went to the station, we loaded the sheep first on the train and then on the ferry for Civitavecchia", ongoing to do their job there too.

We have three excellences among Sardinian cheeses, which are part of the Slow Food Presidia in Sardinia:

“Fiore Sardo” cheese: The generous taste of Fiore Sardo cheese has passed through thousands of years reaching us unchanged. It was the cheese par excellence of the Sardinian shepherds, the kind of cheese that prevailed. It is a noble, ancient cheese, with a strong personality with its organoleptic roughness, especially when it goes through a long seasoning. It is the typical sheepfold product that finds its place of choice in the Nuoro area, particularly in Barbagia. The technique used at the dawn of civilization has remained the same. Procedures however requiring artisan experience, attention, patience and care. Whole milk, freshly milked from Sardinian sheep, is put inside 32° copper boilers and coagulated with lamb rennet that the shepherd usually produces himself. After about half an hour, the curd breaks and settles on the bottom of the boilers, from where it is collected and put into pischeddas forms. Here it is squeezed to purge the whey as much as possible. When the shape is solid, it is left to rest for a whole day, and then immersed in the brine, where it remains for about ten hours per kilo of cheese. Then the forms are placed for two weeks on a cane trellis, sa cannizza, near the fire to dry and to get smoked. It is then placed in a cool and dry environment, for months seasoning until maturing, periodically greased with wine vinegar, olive oil and salt. A primitive technique that requires all the experience and patience of the cheesemaker. And, finally ready, here is the perfect combination to eat it: “Pane e casu, binu a rasu” (Bread and cheese, and a glass of wine filled to the brim). The name "Fiore" (flower) could come either from the thistle flower used as rennet or from the moulds of wild pear or chestnut wood, where the bottom was carved with a flower similar to asphodel or peony rose, often with the initials of the manufacturer, thus leaving its brand on the crust. Fiore Sardo is the only DOP sheep's milk cheese in Sardinia with raw milk and raw pasta, besides being presided by "Slow-food" (read about another famous Slow Food ingredient of Sardinia: Sa Pompia).

Pecorino cheese from Osilo: In the agro-pastoral tradition of Sardinia, Osilo’s Pecorino cheese occupies a privileged place, underlined by the fact of being selected by the “Slow-Food” foundation. It is a raw milk sheep's cheese, produced in the province of Sassari and particularly in Osilo, which has been the chosen one by the foundation. It is a little smaller than the usual Sardinian pecorino, the rind is thin and pale yellow in colour like it’s texture. The "casu fattu a fogu" (cheese made with fire) is the ancient shepherd's cheese, produced either in sheepfolds or in the shepherds’ house, using tinned copper boilers, with the spreader table, the wooden tool to mix (in Sardinian mòriga), tinplate moulds (now also in plastic), cotton, linen sheets (now also in synthetic fibre), mechanical press and stewing box. Pecorino di Osilo has been produced with the same method for more than a century, which follows the specification that has included it in the  Ark of Taste catalogue of the Slow Food Foundation. The foundation brings together the Osilo’s producers who have gathered in an association. Currently, however, almost all producers give their product to seasoners who deal with it for the following five or six months: the shapes are cyclically turned upside-down and washed with brine, greased with olive oil and are kept in natural seasoning rooms. The scent is the typical one of sheep's cheese: notes of wool, dry wood and at times aromatic herbs. The taste, on the other hand, is particular: buttery, melting, with toasted hazelnuts notes. With the whey leftover from the pecorino’s processing, ricotta is made in the shape of an amber loaf with an intense, fresh and slightly smoked flavour called mustìa precisely because of the final smoking treatment. It is really worth tasting honey-coated pecorino but fava beans and pecorino are also a winning combination!

Casizolu Cheese: The pear-shaped cheese of Montiferru, a corner of central-western Sardinia, which takes its name from the homonym massif, produces an ancient and precious cow milk cheese with stretched texture: the Casizolu. The origins of this cheese are very ancient; they have traced them since the XIV century. The Casizolu cheese from Montiferru is presided by "Slow-food" and it suits every type of dish: when low seasoned is great also griddled. Well-seasoned is grated on tripes or added to the meatballs' mixture. Traditionally it was made by women. The processing needs a lot of effort and patience and, once the preparation of curd spinning and modelling has been completed with a final smooth and shiny skin, it is taken care of as a baby, cuddling it not to ruin the pear-shape and after a few days hanging it to the ceiling in a dry and ventilated place. It has a scent recalling the green grass, the wood, the leaves mixed with buttermilk scent. The final flavour has an almond-scent. After the spinning of the dough, the whey water (in Sardinian abbagasu) is not thrown away but being a tasty broth, is used for fragrant cheese soups. Accompanied by a glass of Mandrolisai or Madrigal of Terralba (both DOC red wines - Controlled Denomination of Origin), you reach the perfection stated by Michel Tournier: “Cheese is, when shared with bread and wine, the trinity of the European table.”

“...rather than wine, honey which had cooled but not completely, acted as an accompaniment to the meal; in it, they dipped the white slices of fresh cheese, the grilled cheese patties...” (Grazia Deledda)