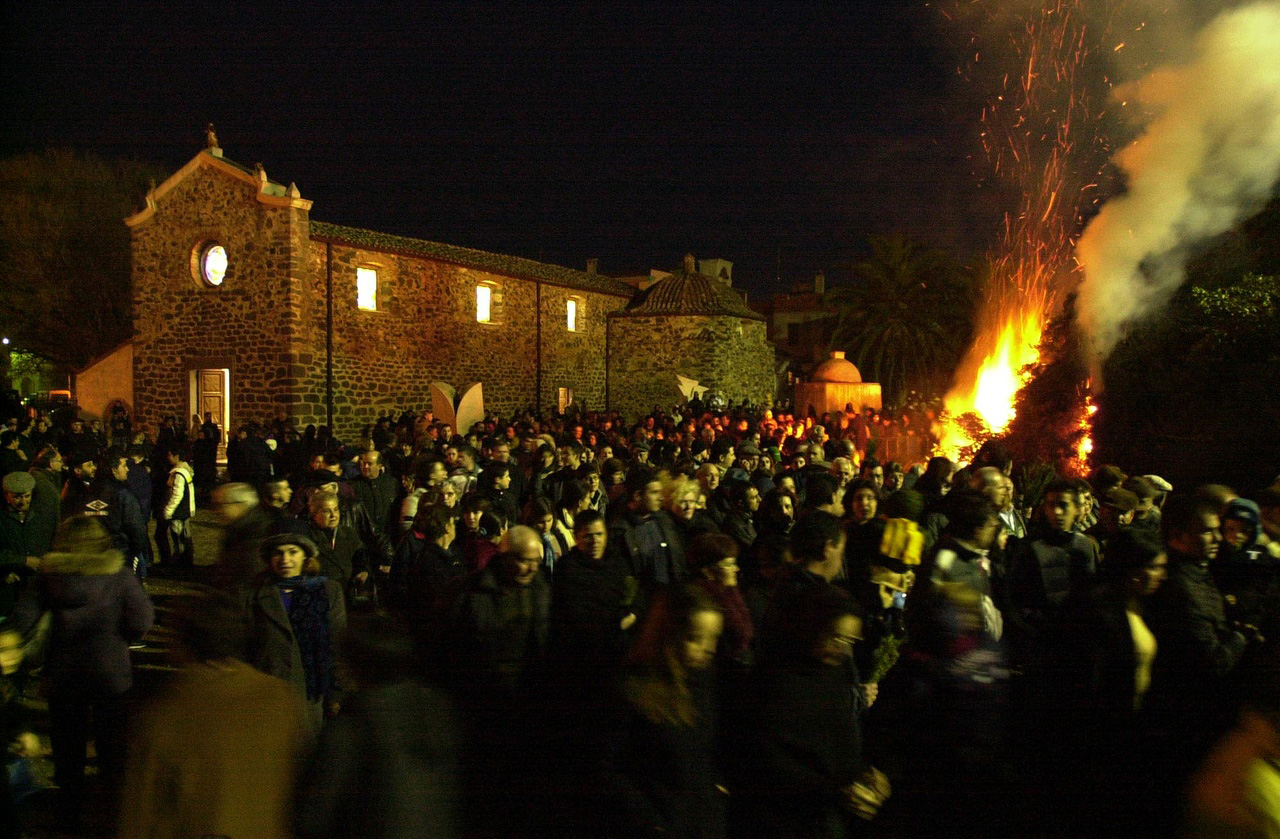 Orosei is located at the foot of a volcanic hill on the Cedrino river valley, an hour and a half from our Gabbiano Azzurro Hotel & Suites, 100 km south.

Historic capital of the southern Barony, this area was inhabited since prehistoric times and was important for its port both in Roman times and in the Middle Ages. The coast is twenty kilometres long: white sand alternating with cliffs. Behind the coast is the sos Alinos pond, surrounded by reeds and agaves, where waterfowl find refuge and nidificate. All around the Mediterranean scrub scents of eucalyptus, juniper and Mediterranean essences, also hosting prickly pears, dwarf palms and myrtle bushes that freshen the coast. The tower near the church of Sant'Antonio Abate belongs to the medieval age and the church, made of volcanic stone, was erected between the fourteenth and fifteenth centuries.

On January 16 the Feast of St. Anthony of the Fire is celebrated, one of the festivals of strong collective and ritual meaning, beginning on the Epiphany morning with harvesting the wood that, on the afternoon of January 16th, will take the form of an impressive woodpile with a large oranges cross on top.

In Sardinia, a legend tells that, in ancient times, men did not yet know fire and lived great suffering to face the cold. In order to help them, Saint Anthony went to hell with his piggy and his cane. When he arrived, Lucifer stopped him at the Hell entrance but the little pig managed to sneak in, creating confusion. The devils then had to let Saint Anthony in to recover the animal and the Saint managed to put his stick of ferula on the fire, which did not burn but kept the embers inside. Once recovered his pig, he returned to the men and, blowing on the embers, the sparks spread over the whole earth giving the men fire. This being the reason for the festivity.

During the festival, right after the vespers, the priest blesses the fire in several places and the crowd begins to turn around the bonfire three times, while a group of boys tries to grab the oranges of the cross before the flames become too intense.

The celebration of the Holy Mass will follow, then the statue of Saint Anthony Abate will be escorted in a procession along the streets of the historical centre of the town.

The same celebrations will be repeated in May, for the feast of Sant’Antoni e Maiu.