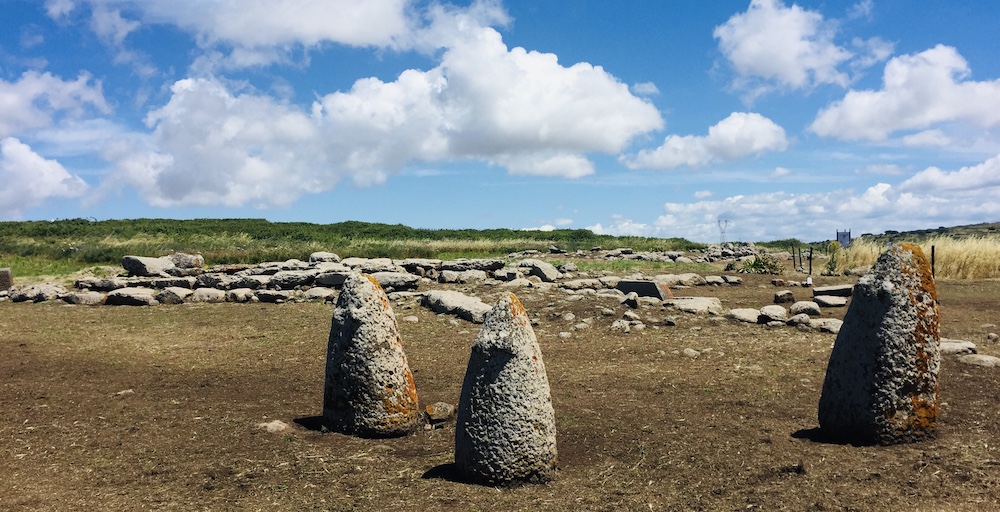 «The monuments of the Nuragic civilization have an attraction potential comparable in the Mediterranean only to the Pharaohs Egypt.  Some sites have been well enhanced (among which the Nuragic Village of Barumini excels), but this incredible heritage has never been the subject of a systematic and unitary approach. There are different reasons, of economic nature to begin with: enormous resources are needed to bring to light, protect, make accessible and promote a heritage comprised of thousands of sites distributed throughout the region", writes the president of the "Sardinia towards UNESCO" association, Michele Cossa, who is dealing with the Project of the inclusion of the Nuragic Age Monuments in the World Heritage Site.

By including them in the heritage protected by UNESCO, the aim is that the nuraghe and the rest of the monuments of the Nuragic civilization of Sardinia be the protagonists of economic and strategic development. The enhancement and protection of the Nuragic heritage, which includes the Nuraghi, Holy Wells & Sacred Springs and Tombs of the Giants, as well as a whole Nuragic world "yet to be discovered", can be a great opportunity for growth and development. The Nuragic heritage is a treasure to be discovered and protected, a resource rich in tourist potential, but which is still largely underestimated and unfortunately often abandoned to serious dangers of neglect and desecration.

In addition, the inclusion in the World Heritage Site of the monuments of the Nuragic Civilization, Sardinia will be able to expand the seasonal trend of tourism throughout the year and not only in the summer months, with great benefit for the regional economy.

The Nuragic world is an enchanted universe. We need to know how many sites there are, where they are located, their type, and what else is required to quantify interventions, financial resources and human energy.

Sardinia is not new to UNESCO sites. In addition to the aforementioned Nuragic Village of Barumini (World Heritage), there is a Biosphere Reserve site, to which the Tepilora, Rio Posada and Motalbo sites have recently been added. The Biosphere Reserves under the UNESCO "Man and the Biosphere-MAB" Program are areas managed in agreement with local communities with the aim of reconciling the conservation of biodiversity with economic development and the sustainable use of resources. The UNESCO Council of World Geoparks in September 2020 awarded the yellow card to the "Parco Geominerario della Sardegna" and "Madonie", a confirmation of validity for two years.

Sardinia already has three groups inscribed in the list of Intangible Heritage of Humanity: the Dry Stone Walls, the Canto A Tenore and the Big shoulder-borne processional structures festivals.

Established in 2006, the Italian Big shoulder-borne processional structures festivals include four Italian Catholic religious italian festivals (the Macchina di Santa Rosa of Viterbo, the Festa dei Gigli of Nola, the Varia of Palmi and the Faradda di li Candareri of Sassari). The network has been included in the intangible heritage of humanity of UNESCO since 2013. The Descent of the Candelieri (called in Sassari Faradda di li Candereri or just Faradda) is a festival held in Sassari (Sardinia) the evening before the feast of the Madonna Assunta (mid-August).

It would be interesting to spend a note on the Big Shoulder Machines. These are the towers of devotion that are carried on shoulders during the patronal feasts. Initially they were rudimentary structures which then developed into sedan chairs and then supports, scaffolding, up to pyramidal towers that defy the force of gravity and rise towards the sky as a sign of the greatness of their devotion. Mobile sites to be protected for their uniqueness.

“Sardinia is a great museum, an island to be crossed tiptoeing. Here you can breathe the time.

Every cultural asset in danger represents an emergency of humanity’s historical and social structure." (anonymous)