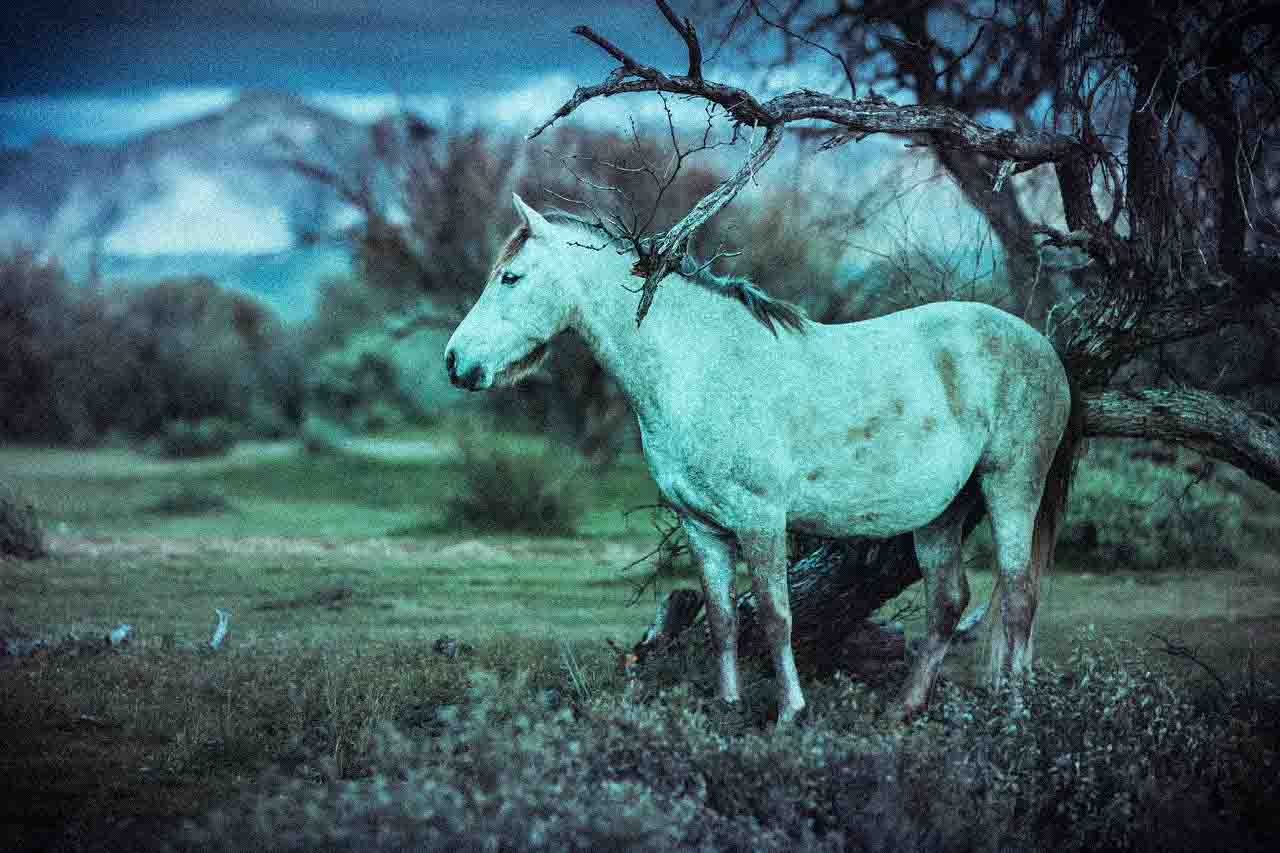 "Sos Caddos Birdes", the legendary green horses, and unfortunately nowadays extinct, smaller than the little horses of the Giara's plateau & its wild horses originate many bivalent legends in Sardinia, where some want them to be of rare beauty and rich of benevolent magical powers, some fear them because believe they are bearers of fatal spells. These seem to arise from the fact that wild horses just bigger than a sheep existed in Sardinia and, living in the deep gorges near Monte Germinu, in the neighbourhood of Monteleone Rocca Doria (140 km and 2 hours and 20 minutes car drive from the Gabbiano Azzurro Hotel & Suites), rich in vegetation and near the rivers, had algae that grew in the hairs of their mantle, thus giving a green colour to their horse coat.

Half closing your eyes you can imagine going back in time when along the river Temo there was immense impenetrable vegetation inhabited by wild horses with a green mantle: and not allowing us to forget them, they left their horse's hoof cast on a rock in the locality of  "Sa urmina de su caddu 'irde": the hoof cast of the green horse.

In the ​​Villanova Monteleone (Sassari) area it is said, however, that if it ever happened to pass over the green horse's hoof cast, you would be persecuted by bad luck. In Ozieri they explain that the bad luck is due to the disappearance of the ancient cities of Barace and Sant'Antioco of Bisarcio subsequent to the bloody struggles for the possession of these magical breeds.

When Castelsardo was still called Castel Doria it was said that the mysterious green horses were the result of the spell of a witch who (we don’t know why) would turn every plant into a knight and a green horse. Some centuries later, however, the green colour of the horse's mantle was associated with the colour of the green banners of the Arab invaders’ horses, bearers of destruction and death. There are those who say that for the San Giovanni in Lodé’s feast, in the Nuoro province, "Sos Caddos Birdes" used to arrive covered with a green cloth, running for the palio in honour of the saint. The races of the "green horses" were very likely a ritual for the fertility of the livestock and the abundance of the fields, because the horses contributed, with their gallop, at the awakening of nature after the winter stasis.

"Ask me to show you poetry in motion and I will show you a horse." (Anonymous)