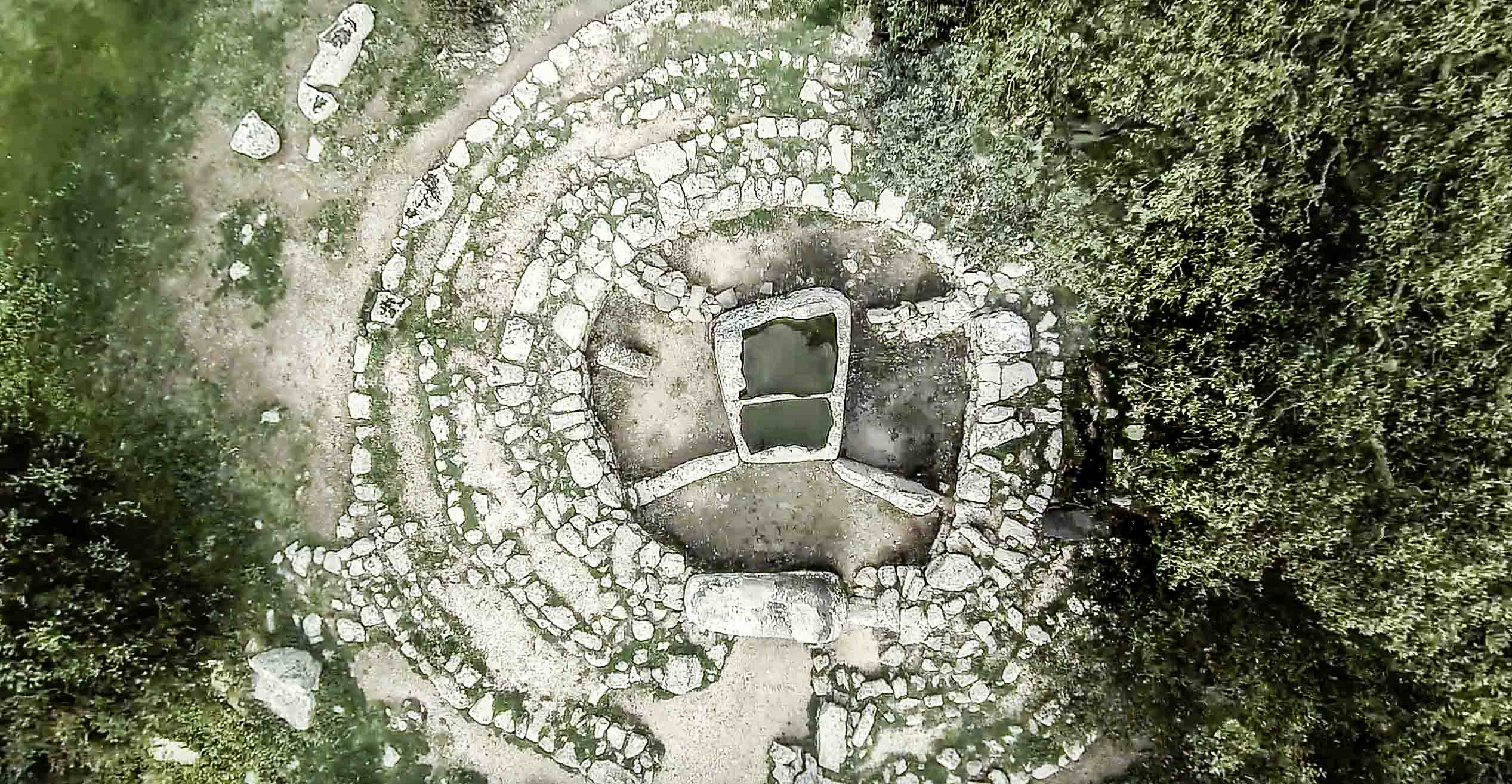 If we hear about Stonehenge, the Neolithic site north-west of Salisbury, England, we immediately picture the most famous and imposing cromlech ("stone circle" in Breton), composed of a set of large stones (megaliths) erected and positioned in a circular manner, sometimes surmounted by colossal horizontal elements.

The "Sardinian Stonehenge", one of the most important monumental pre-nuragic sites in Sardinia and therefore in the world, stands on an area densely covered by the Mediterranean scrub and century-old cork oaks. The combination of the monumental heritage with the environmental one, the variety of colours and fragrances that the evergreen shrubs of the scrubland give the site a suggestion and a particularity that deserves to be visited.

The Pranu Muttedu Park rises in the green countryside of Gerrei, nearby the village of Goni, in the central-eastern part of the south of Sardinia island, 290 km drive from the Gabbiano Azzurro Hotel & Suites and our town, Golfo Aranci. The Park is a 200 thousand square meters wide clearing formed by sand and schist rocks, where the pre-nuragic monumental complex is divided into several agglomerates. To the north, in the Crancu area​​, there is the agglomeration of the necropolis. South of the village, there are the tombs of Pranu Muttedu and Nuraxeddu, surrounded by concentrated groups of menhirs, some of which in round constructions of a probable sacred character. Further south, is the Domus de Janas Necropolis of Genna Accas, with three tomb circles.

Other structures emerge in the area: the remains of the dolmen ad allée couverte (open corridor) of Baccoi are particularly interesting. It is the highest concentration of menhirs known in Sardinia: they are 60, distributed in pairs, in alignments, in small groups, or in the same tomb structures. They are of the "proto-anthropomorphic" type, with an ogival shape and a flat front surface. The excavations have unearthed small jars, obsidian arrowheads, a flint dagger and a small white stone axe. The complex dates back to the recent Neolithic period (3200-2800 BC) with late "insertions" up to 2600 BC. The park is equipped with services, with a unit introductory to excavations, multimedia instrumentation to guide users through the visit, multilingual guides and refreshment points.

“And Sardinia is a universe to be discovered. Discreet, revealing itself only to those who are able to go further on.” (quote from the web)