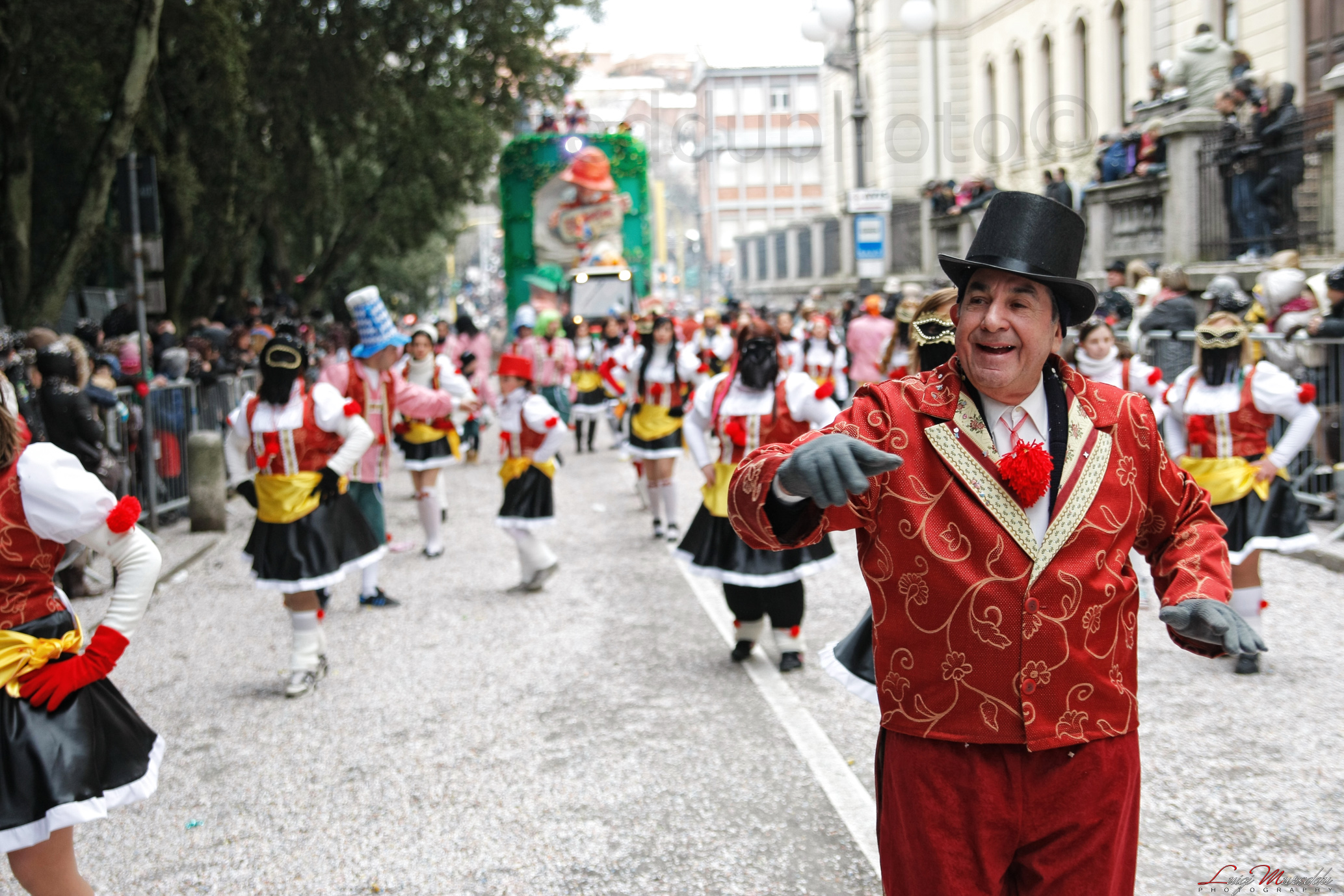 The Carnival of Tempio Pausania (in Gallurese dialect Carrasciali timpiesu) is the most important allegorical Carnival of Sardinia. Both in Tempio, and in general in Gallura, carnival has ancient origins. The character of Giorgio, legendary King of the Carrasciali timpiesu, dates back to pre-Roman times, because the divinity of the earth that produced fruit, was called Giorgi.

The Carrasciali timpiesu took place for the first time in 1956. The triumphal entry into town by King George, who is represented by a puppet, marks the beginning of the carnival. The puppet may pretend to be the Authority (the Mayor, the Prime Minister or the President of the Republic). The narrative of the story is that His Majesty King George celebrates his marriage with the daring commoner Mannena, who will give the king a son to be King Giorgio for the carnival of the following year. For six days King George is acclaimed, revered and respected, but on Mardi Gras, judged guilty of representing all the evils of the town, he is put under trial and burned in the public square. It is the ancient rite of fire that foresees the end of winter and the arrival of spring. The fire closes the carnival; the puppet will take away with it all the troubles that hit the city during the year.

The parade of allegorical chariots dates back to the 1960s. Old meets new making the Tempio’s carnival unique of its kind, counting every year one hundred thousand presences. It lasts six days and is held on Shrove Thursday parades, on Sundays, on Mondays (children's parade) and finally on Mardi Gras. Traditional masks take part in the parade: lu Traicogghju, the spirit that, with great noise, drags ox or horse skins with chains and cauldrons, the Réula, macabre host of the dead, and lu Linzolu cupaltatu, perhaps the most popular mask: women (sometimes men too) wear a sheet enveloping completely their body and face. Flag wavers and majorettes also participate to the parade. His Majesty King Giorgio (in the past "Ghjogliu Puntogliu") closes the parade. During Lu palu di la frisgiola, an equestrian carousel of ancient origin, the knights must show their skill on horseback by grasping a crumpet (frisgiola) placed high away.