The Precious Wines Of Sardinia 0 Comments 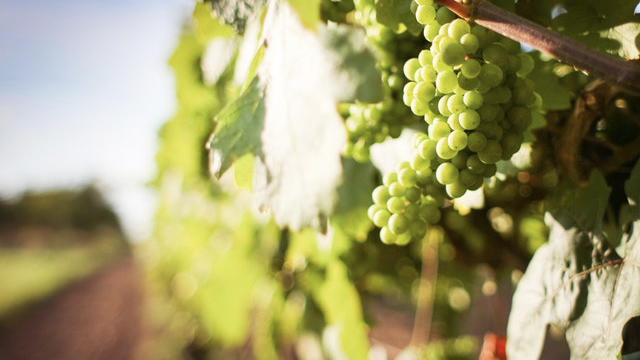 The history of wine in Sardinia has very ancient origins.

Iron Age’s Nuragic who lived on the island between 900 and 750 a. C. was the first red wine producers in the Mediterranean.

This has been documented and scientifically proven by the University of Cagliari, after long studies on an ancient stone-winepress found in Monastir‘s countryside, not far from Cagliari. Analyzing the stone, the chemists found traces of the tartaric acid present in the grapes.

Campidano's campaigns were rich in wild vines, and the Shardana (click to read - populations allegedly identified with the ancient Sardines) drank a quality of Cannonau red wine nearly three thousand years ago. Cannonau is, therefore, one of the oldest wines in the Mediterranean.

Further interesting news on rural traditions and Nuragic food come from archaeological discoveries in the Cabras countryside in the province of Oristano, where more than 15,000 seeds have been found perfectly preserved in wells dug deep in the rocks, discovering that the Nuragics grew the vine, cultivated melon and harvested nuts, hazelnuts and figs.

Another famous Sardinian wine is attributed to the Roman period, the Vernaccia, whose name may derive from the Latin vine vernacula, that is of the territory, and it would seem that proof of its existence was already found in the ancient Punic-Roman centre of the city of Tharros. After the Romans and the vandal invasions, the Byzantines, and in particular the Basilian monks of the Greek rite, introduced new vines on the island by planting new vines near their monasteries. The cultivation of the vine in Sardinia underwent a strong development during the Giudicale period mainly thanks to Eleonora d'Arborea, who, in the Carta de Logu, (click the link and read this beautiful story) also foresaw the prohibition of keeping vines badly cultivated.

Everywhere in Sardinia, it is easy to see rows of native vines denoting a great wine-making activity, since viticulture is the main arboreal growing of the island.

It comes therefore natural fancying to taste the famous wines that, all over the world, are renown  for the quality and delectableness: the Vermentino typical of Gallura, the red Cannonau plants of Barbagia, Carignano, Monica, Malvasia, Moscati ... and among all, the prince of Sardinian wines: Turriga the great wine characterized by a superb assembly of grapes of Sardinian Bovale, Carignano, Black Malvasia and Cannonau. There are some wineries that have turned wine tasting into a work of art: there are architecturally beautiful places where to taste wine is a truly unique experience. Among them are:

The 5StarWines - the 2019 Book of Vinitaly, which rewards the quality of wines and wineries selected by a team of experts composed of Masters of Wine, Master Sommeliers, sommeliers of starred restaurants, journalists, oenologists, Italian Wine Expert and Vinitaly International Ambassador Academy, during the three tasting days awarded 95 out of 100 points as the best Italian red wine the Serranu IGT Isola dei Nuraghi of the Wine Cellar Tani in Monti in the province of Sassari. The Serranu is thus described on the official website of the Cantina Tani as follows:

“It is with an intense ruby ​​red colour wine, with light garnet reflections, a long bouquet, of particular delicacy, with red fruits and spices fragrance, broad, velvety, soft, rightly tannic to taste. It goes well with the dishes and roasts of the earthy cuisine based on red meats and game, and aged cheeses."

There are many Sardinian wines indicated by the guide, among the first ones are: