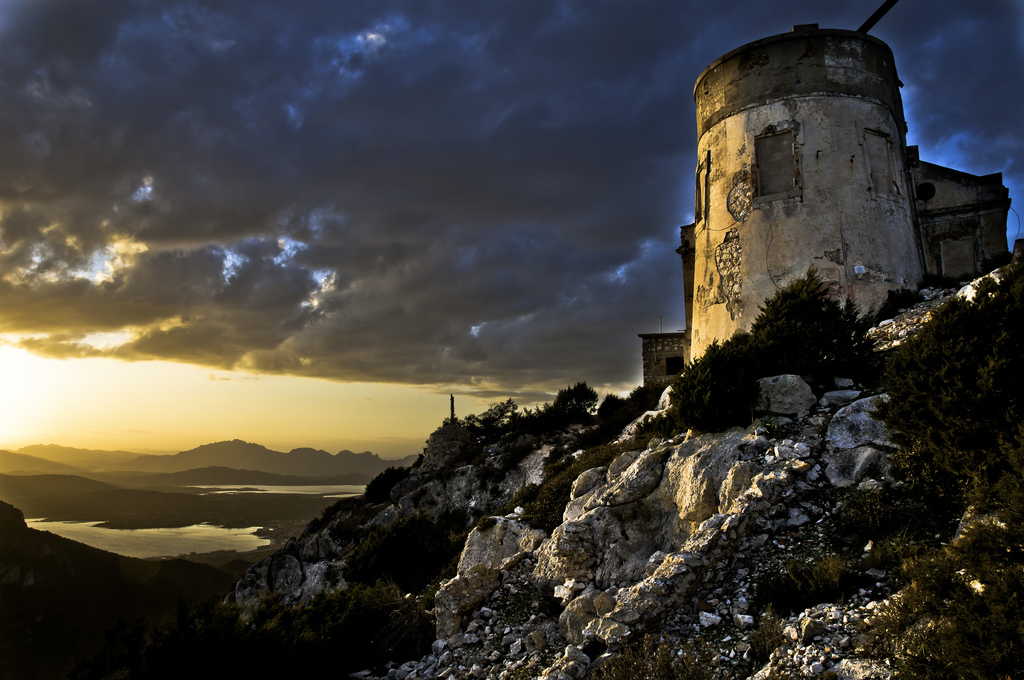 Leaving Gabbiano Azzurro Hotel & Suites, continuing towards the port of Golfo Aranci fishermen village, passing from the Nuragic Well Temple of Milis, you arrive at the stunning beach of Cala Moresca, 30 minutes by walk. Continuing by foot, at about 7 kilometers far, you reach Capo Figari, a promontory 334 high in the municipality of Golfo Aranci, an important Regional Nature Reserve both from a naturalistic and environmental point of view.

Along the paths you can admire secular junipers, the vegetation of the Mediterranean scrub, perhaps you might meet a mouflon or a wild boar, spot the seagulls, cormorants and, if lucky, even the peregrine falcon.

It is from up there that Guglielmo Marconi, physicist, inventor, entrepreneur and Italian politician, being awarded a Nobel Prize in physics in 1909, successfully completed the experiment, a fundamental chapter in the history of radio communications, which paved the way for later discoveries such as radar and cell-phones. By installing a direct beam radio system on the promontory of Capo Figari, on the 10-meter wavelength, oriented towards an identical installation positioned at Rocca di Papa on the coast of roman Lazio region, Guglielmo Marconi led the experiment of radio transmission to ultra-short waves, the microwave, in the frequency of 500 megahertz, and managed to connect with the same equipment located on the other side of the Tyrrhenian Sea.

It was on 11 August 1932 when the laboratory-yacht Elettra sailed to Golfo Aranci for the important experiment, thus conferring historical importance to the town. Honoring the genius of Guglielmo Marconi, and the deep bond that unites him to Golfo Aranci, the Town Hall devoted to him a road leading to the port and the monument in the center of a roundabout at the town entrance. The work, as engraved on the stone base, is called The Pillar of Light. The artist is Lorenzo D'Andrea, sculptor, painter and "fraternity brother" of the Masonic community, the Great East of Italy, as Guglielmo Marconi was ascribed as belonging to Freemasonry. It looks like a 12-meter-high obelisk, but instead of being a monobloc is made of granite intercalated blocks creating a match of mirrors, lights and shadows that, mainly when lit in the night by its sophisticated lighting system, gives the particular effect of an antenna tower.

The daughter of the great physicist, Princess Maria Elettra Marconi Giovannelli, who as a child had swum in the clear waters of Golfo Aranci from the yacht bearing her name, in her ambassador role of such a father, was in connection, not via radio but via smartphone, at the inauguration of the monument.

Perhaps it was from the top of Capo Figari, that Marconi said: "...I love the beautiful Nature - the expression of the Will of God - where one can find the ideal eternal values:  the Truth, the Beauty and the Good ... "